Jordan Beyond your Imagination

Day 1 // Amman Airport - Amman (+/- 40km) Welcome to Jordan! Meet & Assist upon arrival at the gate of the flight, finish the formalities, luggage pick up and transfer to Amman Hotel for overnight.

Day 2 Amman Tour – Desert Castles – Amman (+/- 190km) Star the second day of the Jordan highlights tour with Amman: Tour Jordan’s capital city. Explore the citadel, beautiful temples, churches and visit the museum of the city in a wonderful Amman tour. Later, the perhaps best preserved Roman city of the Middle East. See the impressive hippodrome and at the imposing South Gate, admire sites such as the Temple of Zeus, the Roman theatre, The Cardo “Colonnaded Street” and the Temple of Artemis. Then, continue your Amman tour and proceed to the eastern desert to see the ‘Desert Castles’ where Umayyad remains from the early days of Islam date back to the 8th century AD. Visit the Kharanah Castle, a Hotel built in the middle of the desert, and see the charming Amra Castle, its buildings and luxurious bath house are decorated with frescos depicting life during this era. Further east, Azarq is home to the castle where Lawrence of Arabia resided and wrote a part of his book “Seven Pillars of Wisdom”. Finishing the Amman tour, go ahead to your hotel in Amman. Read more

Day 3 Amman – Jerash – Ajloun – Amman (+/- 100km) After an impressive experience of the Amman tour, set off to the ancient city of Jerash, which boasts as an unbroken chain of human occupation dating back more than 6 500 years. The city’s golden age came under the Roman rule and the site is now generally acknowledged to be one of the best preserved Roman provincial towns in the world. Hidden for centuries in sand before being excavated and restored over the past 70 years, Jerash reveals a fine example of the grand, formal, provincial Roman urbanism that is found throughout the Middle East, comprising paved and colonnaded streets, soaring hilltop temples, handsome theatres, spacious public squares and plazas, baths, fountains and city walls pierced by towers and gates. Beneath its external Greco-Roman veneer, Jerash also preserves a subtle blend of east and west. Its architecture, religion and languages reflect a process by which two powerful cultures meshed and coexisted, the Greco-Roman world of the Mediterranean basin. The marvels of nature and the genius of medieval Arab military architecture have given northern Jordan two of the most important ecological and historical attractions in the Middle East: the sprawling pine forests of the Ajlun- Dibeen area, and the towering Arab-Islamic castle at Ajlun, which aided in the defeat of the Crusaders eight centuries ago. Ajlun Castle (Qal’at Ar-Rabad) was built by Saladin’s general in 1184 AD to control the iron mines of Ajlun, and to counter the progress of the Crusaders by dominating the three main routes leading to the Jordan valley and protecting the communication routes between Jordan and Syria. A fine example of Islamic architecture, the fortress dominates a wide stretch of the northern Jordan Valley. Read more

Day 4 Amman – Pella – Um Qais – Amman (+/- 230km) Amman to Pella: Pella is a favorite of archaeologists as it is exceptionally rich in antiquities. Besides the excavated ruins from the Graeco-Roman period, including an Odeon (theatre), Pella offers visitors the opportunity to see the remains of a Chalcolithic settlement from the 4th millennium BC, the remains of Bronze and Iron Age walled cities, Byzantine churches and houses, an early Islamic residential quarter, and a small medieval mosque. Pella boasts many interesting sites, several of them still under excavation. Important are the 6th century West Church, 6th century Civic Complex Church, 1st century Odeon, Roman Nymphaeum and East Church. Site of the famous miracle of the Gadarene swine, Gadara (known today as Umm Qays) was renowned in its time as a cultural centre. It was the home of several classical poets and philosophers, including Theodorus, founder of a rhetorical school in Rome; one poet called the city “a new Athens”. Perched on a splendid hilltop overlooking the Jordan Valley and the Sea of Galilee, Umm Qays boasts an impressive colonnaded terrace and the ruins of two theatres. Take in the sights and then dine on the magnificent terrace of a fine restaurant with a breathtaking view over three countries. Read more

Day 5 Amman – Madaba – Mount Nebo – Wadi el Mujib – Kerak – Petra (+/- 280km) Amman to Petra: Visit Madaba and the Basilica of St. George. On the floor of the church is the remarkable 6th century mosaic map – its two million pieces of coloured stone depicting the hills, valleys and towns of the Holy Land. Travel on to Mount Nebo, 800m above sea level, where you can stand on the spot where Moses looked out over the “Promised Land”. Then, next on the Jordan highlights tour, visit the best preserved crusader castle in Jordan – Karak. The Mujib Reserve is the lowest nature reserve in the world, with a spectacular array of scenery near the east coast of the Dead Sea. The reserve is located within the deep Wadi Mujib gorge, which enters the Dead Sea at 410m below sea level. The Reserve extends to the Karak and Madaba mountains to the north and south, reaching 900m above sea level in some places. This 1,300 meters variation in elevation, combined with the valley’s year-round water, means that Wadi Mujib enjoys a magnificent bio-diversity that is still being explored and documented today. Read more

Day 6 Petra tour (+/- 0km) Petra: Take a fascinating tour to admire the natural beauty and breathtaking architecture of this ancient city. Walk through the Siq, a colourful narrow gorge over a kilometre long which leads to the magnificent Treasury. While being on this impressive Petra tour, see royal tombs, the Roman-style theatre, beautiful temples and museums. While on the Petra tour, take an optional walk to the monastery or the high place of sacrifice. Often described as the eighth wonder of the ancient world, it is without doubt Jordan’s most valuable treasure and the greatest tourist attraction. It is a vast, unique city, carved into the sheer rock face by the Nabataeans, an industrious Arab civilization who settled here more than 2000 years ago, turning it into an important junction for the silk, spice and other trade routes that linked China, India, and southern Arabia with Egypt, Syria, Greece, and Rome. The Nabataean Kingdom existed for centuries, and Petra became widely admired for its refined culture, massive architecture and ingenious complex of dams and water channels. Ultimately, however, the Roman Emperor Trajan annexed the Kingdom. By the 14th century, Petra was completely lost to the West, and so it remained for almost 300 years. Then in 1812, a Swiss traveler, Johann Ludwig Burckhardt persuaded his guide to take him to the site of the rumored lost city. Secretly making notes and sketches, he wrote, “It seems very probable that the ruins at Wadi Musa are those of the ancient Petra. Read more

Day 7 Petra – Wadi Rum – Aqaba - Wadi Araba – Dead Sea (+/- 350km) Petra to the Dead Sea, through Wadi Rum and Aqaba: “Vast, echoing and God-like”. These are the words T. E. Lawrence used in describing Wadi Rum. The largest and most magnificent of Jordan’s desert landscapes, this is a stupendous, timeless place, virtually untouched by humans. A maze of monolithic rocks capes rise up from the desert floor to heights of 1,750m creating a natural challenge for serious mountaineers. Hikers can enjoy the tranquility of the boundless empty spaces; explore the canyons and water holes to discover 4000-year-old rock drawings and the many other spectacular treasures this vast wilderness holds in store. Also known as ‘The Valley of the Moon’, this is the place where Prince Faisal Bin Hussein and T.E. Lawrence based their headquarters during the Arab Revolt against the Ottomans in World War I, and their exploits are intrinsically woven into the history of this amazing area. Greatly prized as Jordan’s window to the sea, Aqaba brings a refreshing release from the rose-colored desert to the north. Its sandy beaches and coral reefs are the most pristine on the Red Sea, and Jordanians continuously work hard to preserve it as such. Indigo-colored deep water lies just off shore in Aqaba, offering kaleidoscopic marine life within easy reach. Continue your Jordan highlights tour to the Dead Sea has an historical and spiritual legacy of its own. It is believed to be the site of five biblical cities: Sodom, Gomorrah, Admah, Zeboiim and Zoar (Bela). Today its eastern shore is sparsely populated and serenely quiet. With much of the landscape virtually unchanged since ancient times, this is a favorite spot for a holiday drive. Spend the day sunbathing, swimming, or dining. Relax in the gently lapping waters and be amazed that you can’t sink! Treat yourself to a soothing massage, or try the well-known healing powers of minerals from the sea’s muddy floor. Read more 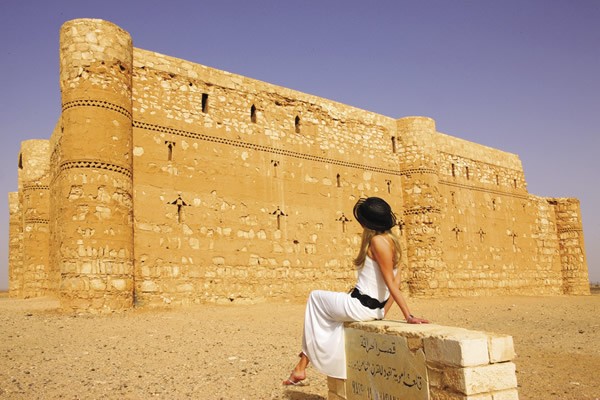 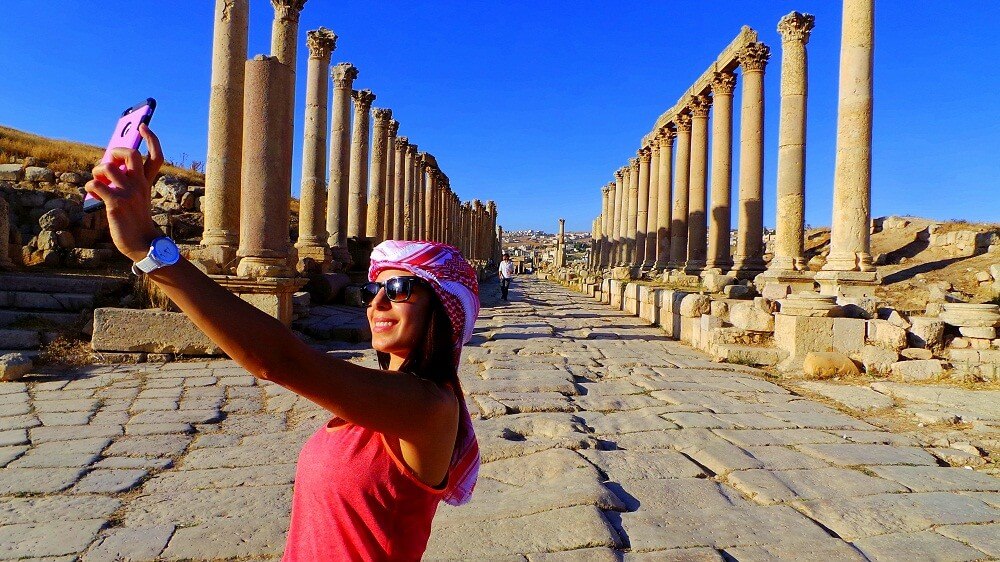 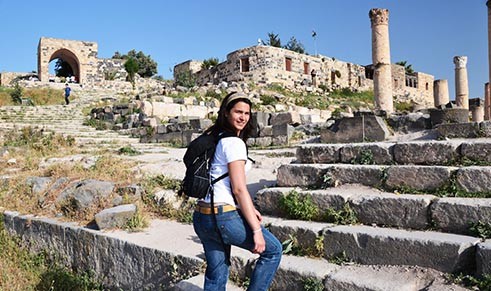 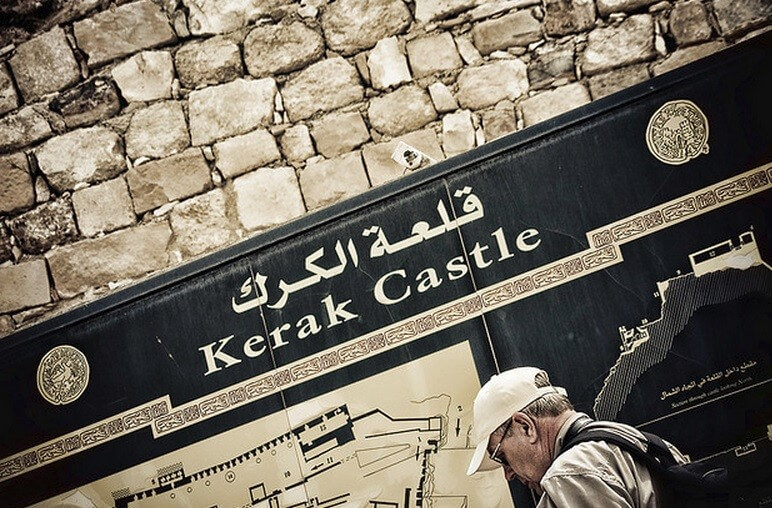 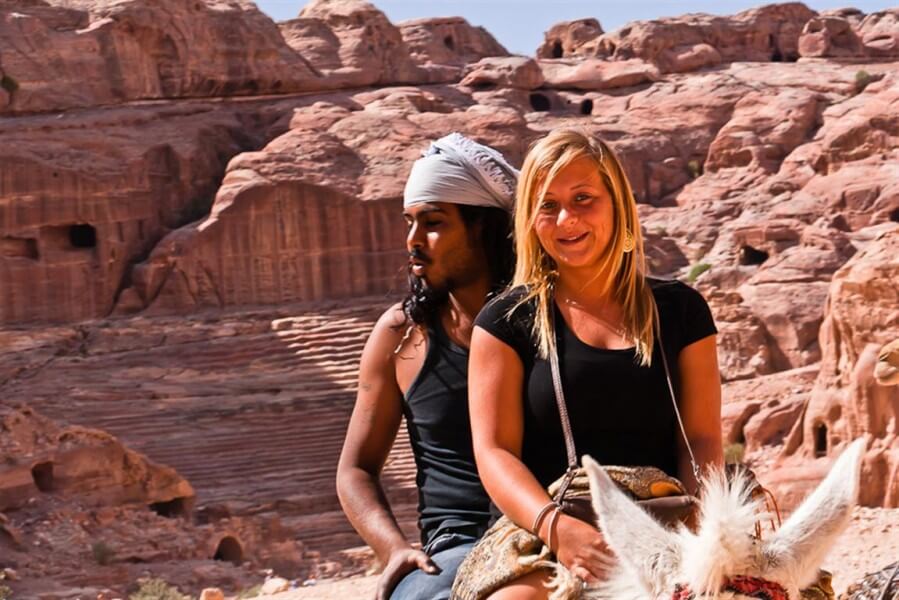 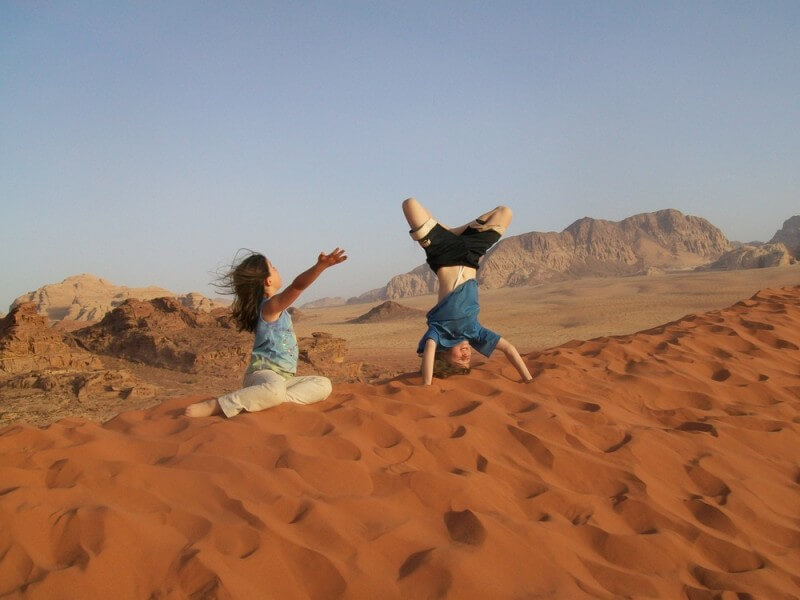 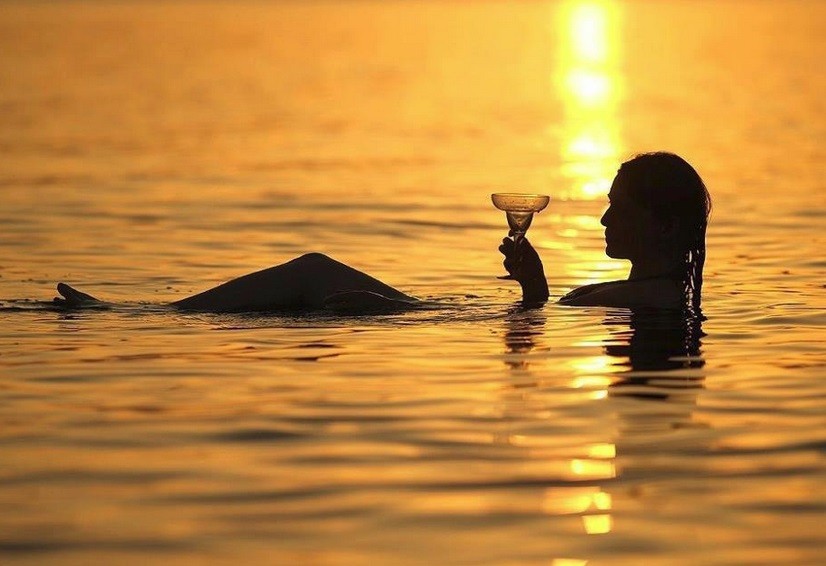 Saleh Dawas will be happy to be at your disposal at any time to advise, explain or customize the trip plan especially for you.