Since 1997, Tany Mena Tours offers a deep and authentic discovery of the "Madagascar universe".

Ideal itinerary for a first trip to Madagascar. Discovery of 4 different types of landscapes, reflecting the image of the big island. The uplands, mountain ranges, the arid landscape of the south with the canyons and the south west coast. Visits to parks and reserves, unforgettable moments to appreciate the wealth of fauna and flora of this beautiful country.

Arrival in Antananarivo, your travel agent will meet you at the airport and take you to your hotel in town. Overnight in a hotel.

After breakfast, you will leave Antananarivo Merina country to Antsirabe, across the Ankaratra mountain ranges, whose highest peak rises to 2644m. On the hillsides, rice terraces disclaim their range of green. Late in the morning, you will reach Ambohibary, a small village about 25 km before arriving in Antsirabe. Accompanied by your ethnologist guide (or specialist in civilization), you enter the heart of the rural region of Vakinankaratra: discovery of peasant lifestyle, visiting an animistic place of worship and blacksmiths village... After the visits, you will continue to Antsirabe. Picnic lunch included Overnight in a hotel. Read more

After breakfast, you will drive to Ranomafana. You will stop in Ambositra. This pleasant city is known as the Mecca of Malagasy crafts, it owes its fame to Zafimaniry wood carving. You will visit a workshop and the showroom. After the visit, you will continue to Ranomafana (hot water), a pleasant village, houses 41, 601 ha tropical forest, and famous thermal springs with healing properties. You will reach Ranomafana in the afternoon. Overnight in a hotel. Read more

Before to leave Ranomafana and drive to embark on a Tsaranoro Valley tour ; you will join the Ranomafana National Park for a walking tour that will allow you to discover this enchanting place. Ranomafana, a whole forest park, spreads on 41,601 ha. It was classified UNESCO World Natural Heritage of the Atsinanana in 2007. It shelters a big wealth in endemic biodiversity but in danger. We can see the rare species there and seriously threatened lemurs. The park is also the genetic reservoir of some rare and endemic plant species. It is browsed by many rivers that are the affluent of the Namorona stream. We identified 12 species of lemurs, including 5 nocturnal species. Through the "Vatoharanana, Sahamalaotra or Aureus” tours, you will discover the park. You choose on site the tour (one tour) that suits you. After the visit, you will continue the road to Ambalavao. From there, you will take the junction to Vohitsaoka, then embark on the Tsaranoro Valley tour. The Tsararnoro Valley is a tourist site integrated in the Andringitra and which bears the name of the great cliff "Tsaranoro". This gigantic cliff is well known worldwide by climbers and adventurous. It is one of the magic and quiet places of Madagascar. In this picturesque Tsaranoro Valley tour you can climb, paraglide and other tourist attractions at the same time. Varied tours are arranged to give a satisfaction to travellers. During the walks and for each tour, you will admire different landscapes: sacred forest, forest of palm trees that grow in high mountains; Bamboo forest and some villages. Check-in at your hotel upon arrival. Overnight in a hotel. Read more

This day, you will go to discover the Tsaranoro Valley through the "Chameleon" tour will take you through the Tsaranoro sacred forest. On leaving the forest, the ascent starts through the grass towards Tsaranoro, and then you will turn off to the left to cross the Vatomay torrent. Continue your Tsaranoro Valley tour along the river, crossing numerous irrigation channels. These are the origin of cave-ins that you can observe, forming kinds of cracks called "lavaka". You will come out onto a grassy plateau where you will turn off left towards the “langera”. After the rise of the plateau, a final steep path through the rocks can reach the top of the summit, which corresponds to the "back of the chameleon. You will have a panoramic view of the Tsaranoro Valley, South door, the Pyramid, the Dondy, the Andringitra National Park, the Peak Bobby and the Sahanambo River. Throughout this walk, you may notice the presence of various species, Aloe, Pachypodium ..., or different varieties of orchids. The hike will take 5 hours looped down by the Para gliders launch site and the village of Soavahiny. We advise you to provide a picnic lunch for a day hiking. After the Tsaranoro Valley tour, you will come back to the hotel. Overnight in a hotel. Read more

Allocated National Park status in 1962, the Isalo National Park protects 81,540 hectares of wildly eroded Jurassic sandstone massif. The grassy plains are surrounded by sandstone ridges sculpted by wind and water into wild forms, and secluded in the rocks are many Sakalava Tombs. Continue your Ranohira tour admiring stunning view of landscape can give the sensation of being transported to the old wild western sceneries movie. Most vegetated areas of the park are covered with dry grassland or sparse, low deciduous woodland. Near streams and in the microclimates of the deeper canyons, there are ferns, pandanus, and feathery palm trees. Although animal life isn’t the park’s most prominent feature, there are a few species to look out for, including two species of lemur: ringtail and brown lemur, and Verreaux’s sifaka. Isalo National Park is also a home to approximately 55 species of bird, including the rare Benson’s rock-thrush. With Madagascar National Park guide you will visit the park. You will choose on site the Ranohira tour according to your physical ability. Overnight in a hotel. Read more

In the morning, you will drive to Ifaty through a road lined with baobab trees, tombs decorated as the Mahafaly tribe that are unique in their kind. You will reach Ifaty in the afternoon. Ifaty is a seaside composed of several Vezo villages. The main attraction is its lagoon and coral reef, without forgotten the Reniala reserve, also known as Baobab forest. The afternoon will be free. Optional visits and activities. Overnight in a hotel . Read more

After breakfast, you will live a typical Malagasy ride in a zebu cart, going to the discovery of the wealth that abounds Reniala Park. Also known as Domergue Reserve, Reniala Reserve (the mother forest) covers almost 60 hectares. This forest of thorns and baobabs is now a protected eco-tourist zone. It allows observing many unique species that live in the Malagasy bush. If you would like to observe the fauna, you will have to be early morning because it will be the only time of the day where you will have the opportunity to see the Capuchin of Madagascar, one of the smallest birds of the island. Then, you continue with the turtles villages. The turtles’ village is an initiative of the SOPTOM association for the protection of two species of turtles that are particularly threatened by trafficking; the Astrochelys radiata turtle and the spider tortoise Pyxis arachnoides. After the visits, you will return to your hotel. The rest of the day will be free. The rest of the day will be free. Optional visits and activities. Overnight in a hotel. Read more

According to the flight schedule, you will be transferred at Tulear airport and flight to Antananarivo. Our driver will meet you at Antananarivo airport and take you to the hotel. Overnight in a hotel.

After your breakfast, you will explore the capital and its surroundings. Antananarivo, the "City of a Thousand" is the largest agglomeration of Madagascar. It stands on the side of one of the twelve sacred hills. This city is the cradle of the Merina dynasty. The visit of the upper town (the old town) where formerly stood the “ROVA”, palace of Queen Ranavalona I (1828/1861) and the Palace of the Prime Minister Rainilaiarivony, converted into the National Museum; will be an opportunity to discuss the important role of "Hova"; highland people, who first established state structures in Madagascar. You will continue the morning strolling through the lively and characteristic areas that have, over time, retained its authentic character. In the afternoon, you will leave Antananarivo to explore the countryside of Imerina (Antananarivo), villages, customs and traditions, living highlands heritage. You will go to Ambohimanga (“Blue Hill") classified World Heritage by UNESCO and will visit this Royal hill. The fortress consists of a royal city, a royal burial site, and an ensemble of sacred places. Combined with a strong sense of national identity, it retains its atmosphere of spirituality and sacredness in practice and in the minds of the people, for some 500 years. It remains a place of worship and pilgrimage that can come from Madagascar and elsewhere. Cradle of the Merina dynasty; this sacred place is home to the tombs of the Merina Kings which Andrianjaka, founder of Antananarivo. After the tour, you will be taken to a nearby airport hotel for day use. According to the flight schedule, you will be dropped at the airport and flight out. Read more

The best team to discover Madagascar.

The best team to discover Madagascar.

Since 1997, Tany Mena Tours offers a deep and authentic discovery of the "Madagascar universe". 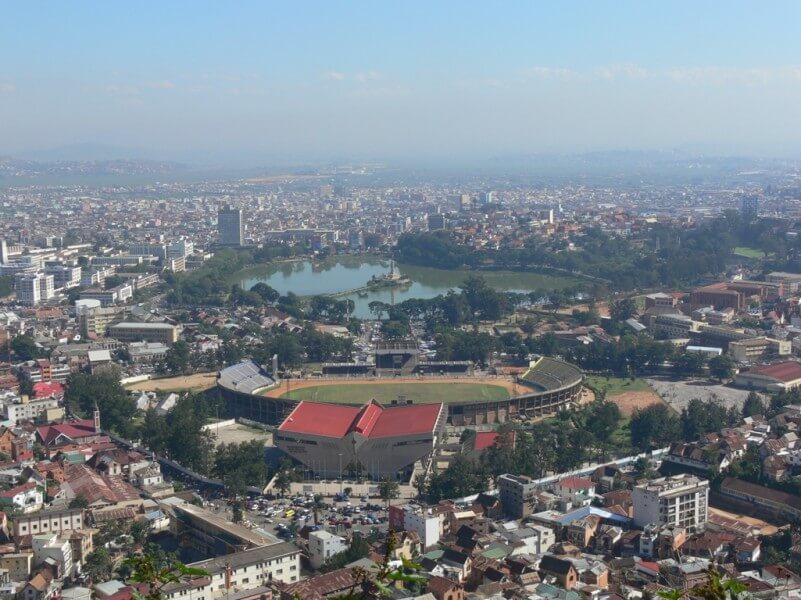 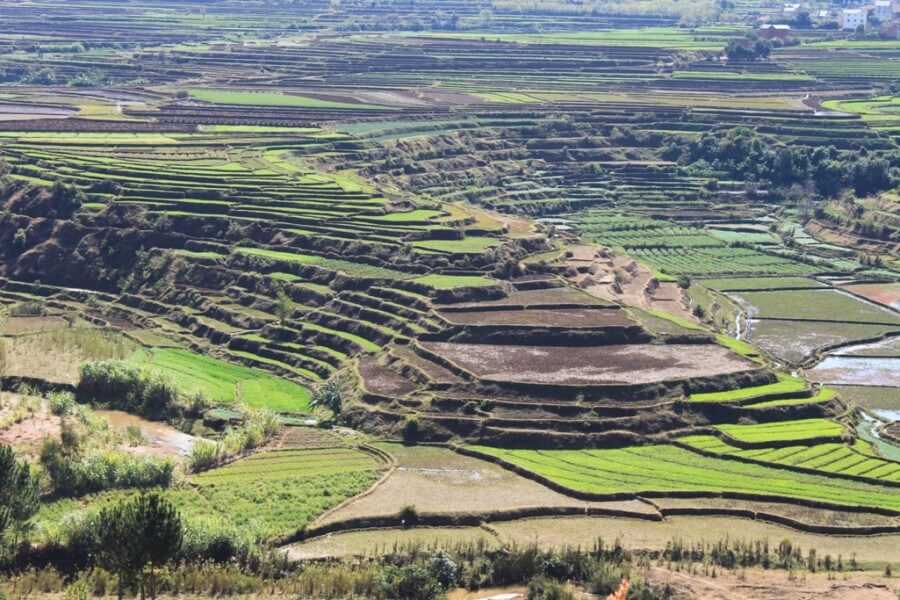 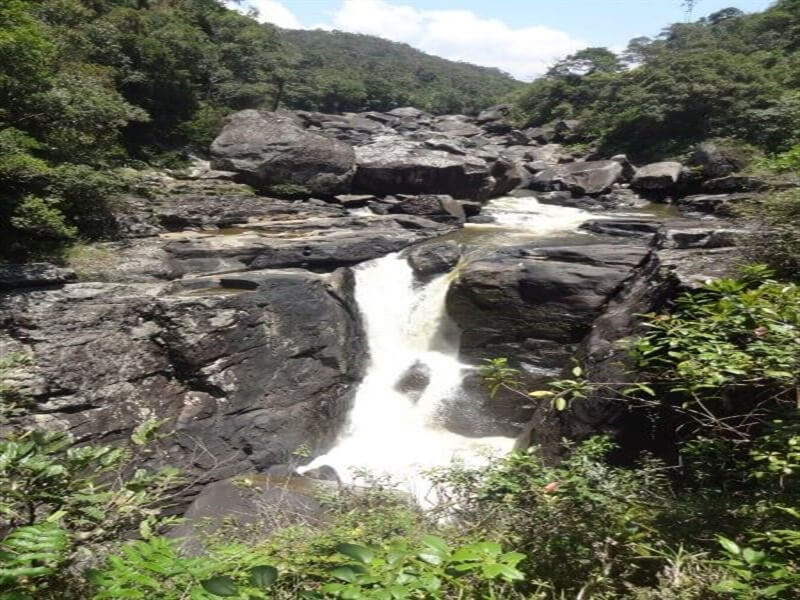 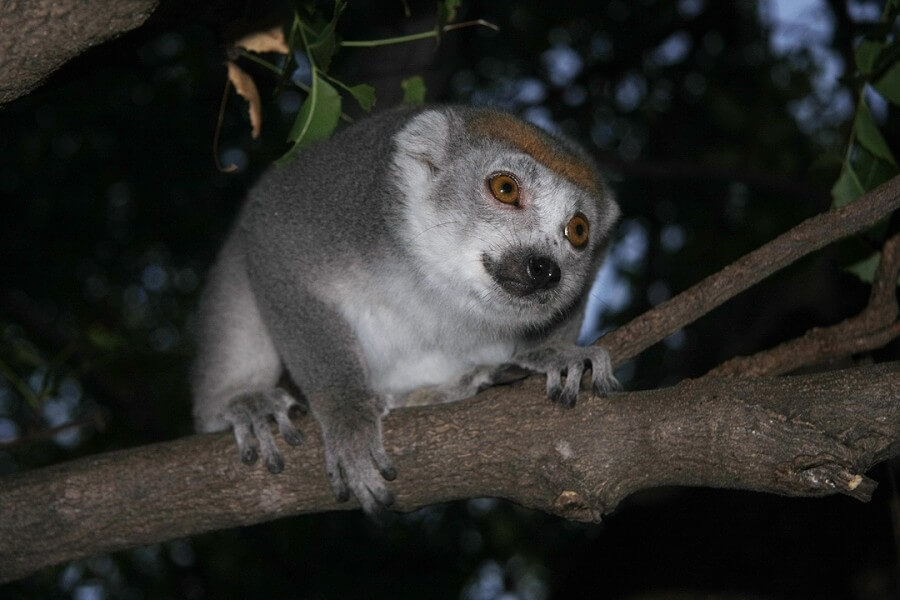 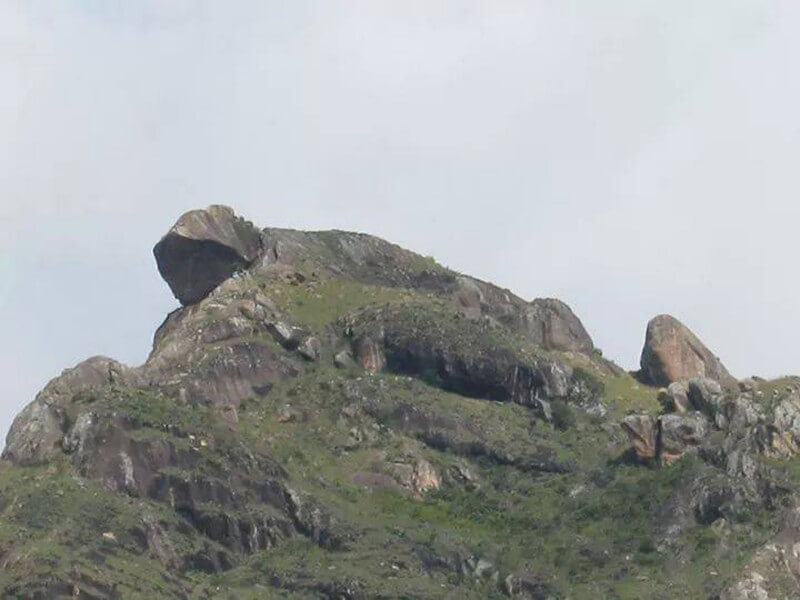 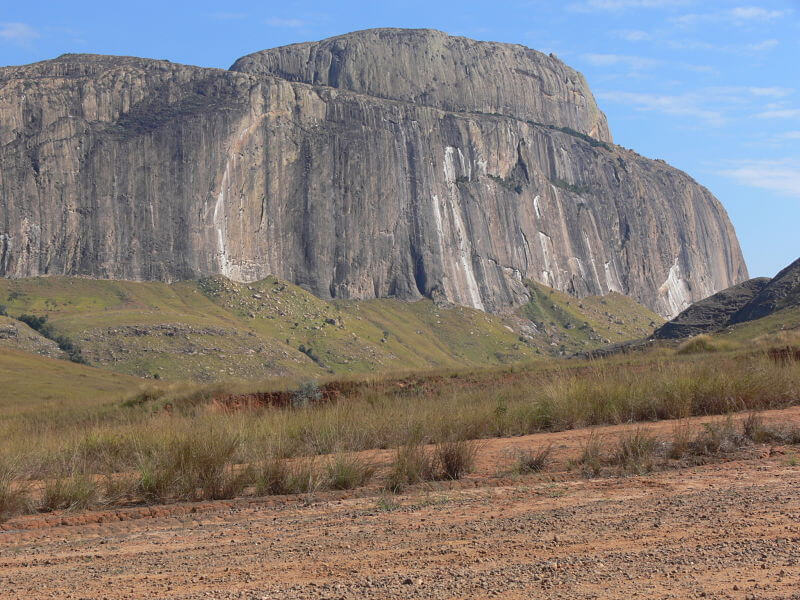 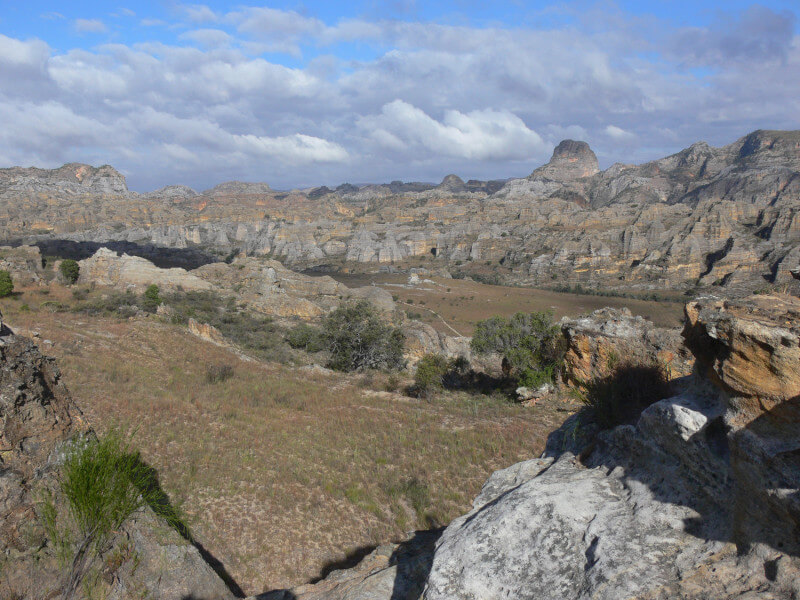 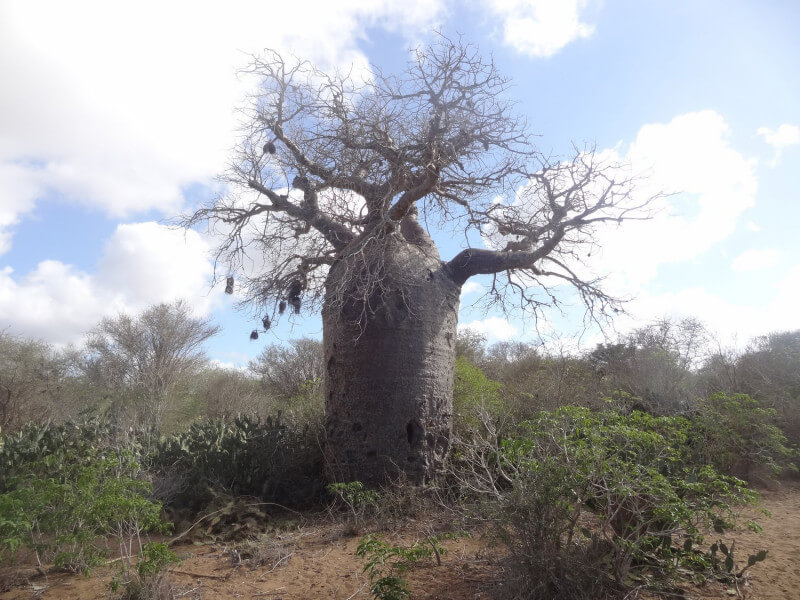 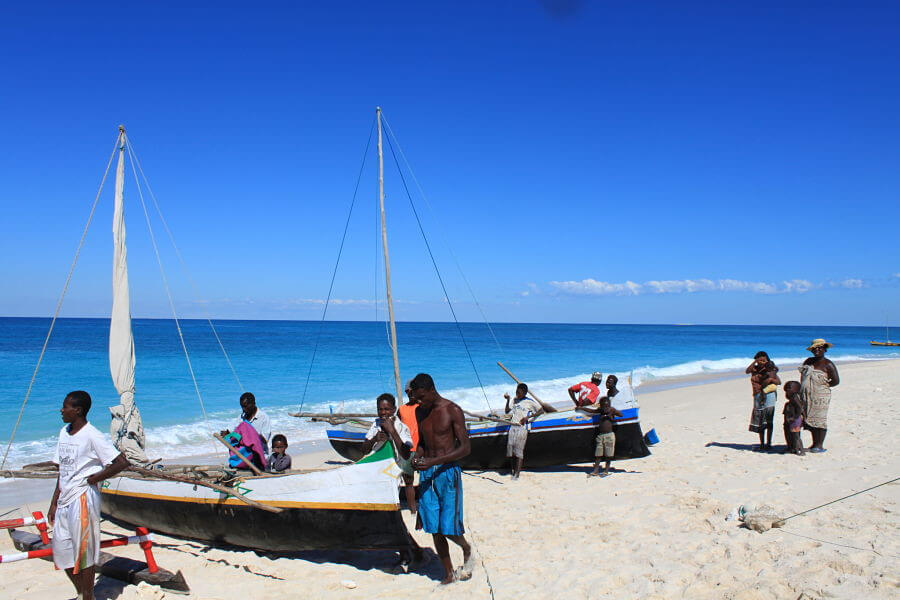 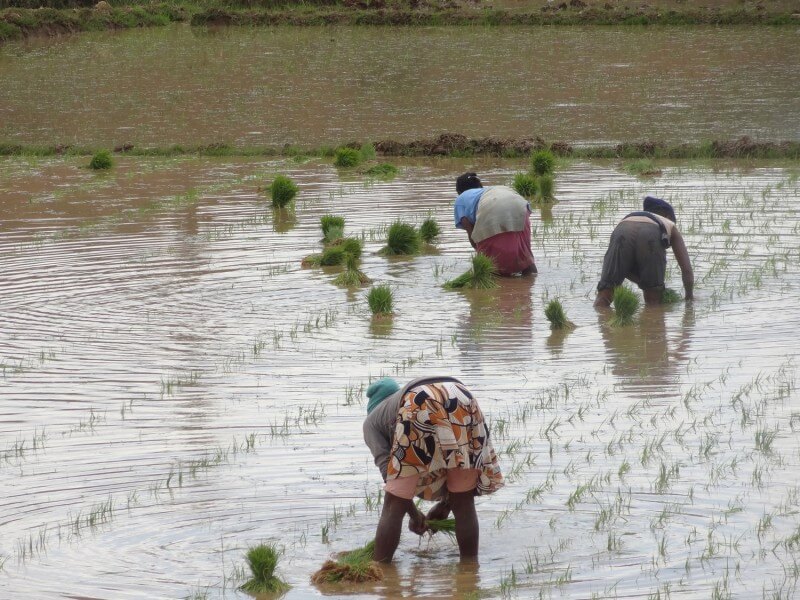 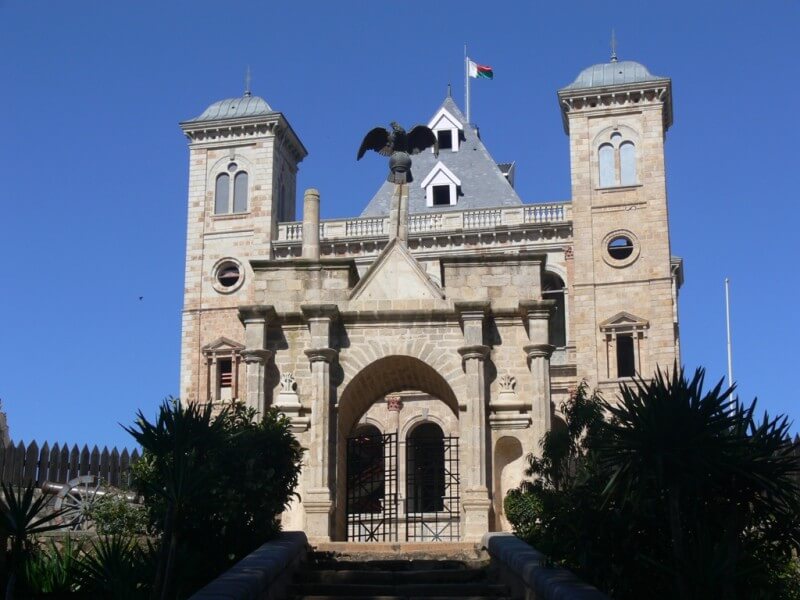 10 DAYS IN THE NORTHERN MADAGASCAR

From highlands to the South 10 nights & 11 days from Antananarivo

Alice RAZAFIARIMANANA will be happy to be at your disposal at any time to advise, explain or customize the trip plan especially for you.