PRICE TAILORED TO ME

We are one of Ireland's leading Incoming Tour Operators and Destination Management Companies.

Tradition, history, legacy, breath-taking scenery and the friendliest inhabitants you will meet. Come discover the best of Ireland with your family! This tour is bursting with adventure and memorable moments while keeping an appreciable pace to never feel under pressure.

DUBLIN is such a unique city with long history and is one that has layered the city as a foundation to what it is today. Viking, Georgian and Elizabethan influence are all evident across different elements of the city. Dublin City Hop-On Hop-Off allows you to discover the city by scenic bus and stop at all the famous places that has to offer.you must visit the world famous brewery that produces Ireland’s national drink "Guinness". Embark on the Dublin tour to discover THE GUINNESS STOREHOUSE, which is located in the heart of the Guinness Brewery at St James’s Gate, Dublin. Housed in an old fermentation plant, the seven-story visitor experience tells the epic tale of Ireland’s iconic drink and brings to life the heritage of Guinness from early days to growth as a global brand, known all around the world. The experience starts standing at the bottom of the world’s largest pint glass, which rises through the building. It is a dramatic story that begins over 250 years ago and ends in The Gravity Bar where visitors will receive a complimentary pint of Guinness while relaxing and enjoying the spectacular 360-degree view of Dublin and its surroundings. Read more 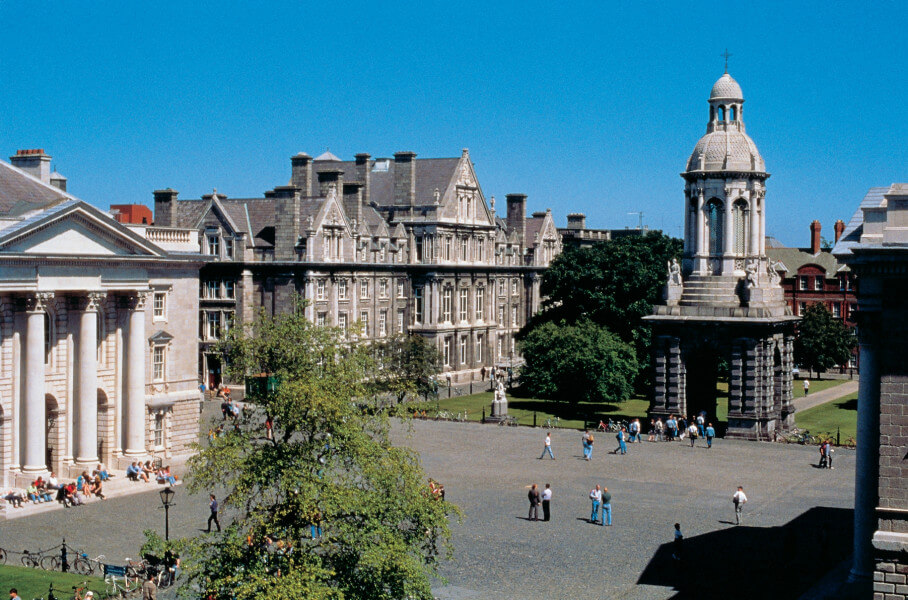 Leaving Dublin for Galway City and the cultural heart of Ireland. This charming city is brimming with heritage, culture and folklore. Weaving through the side streets browsing the hand crafted wares on offer, you’ll be in awe of the rich architecture and medieval nuances. Friendly faces greet you around every corner and a magical spirit lingers in the air. If you fancy some evening entertainment, you’ll be pleased to discover Galway’s strong ties with traditional Irish music. There must be something in the water, because there are an uncanny number of extremely talented musicians, dancers and singers roaming the Connemara/Galway region. Read more

Spend a full day touring the unspoilt area of Connemara. This area is one of the few remaining in Ireland where the native tongue (Gaeilge) is still fluently spoken as a first language. While on your Connemara tour, stop off in the fishing village of Roundstone, where currachs, old style featherweight rowing boats are still in everyday use. Clifden, Connemara's capital is well worth a visit and the scenic Sky Road drive just outside town should not be missed. From here, continue your Connemara tour and travel north to see the exquisite neo-gothic Kylemore Abbey, nestled in a lush forest on the edge of Kylemore Lake and enjoy the stunning scenery of the Killary Harbour. However long you spend in Connemara you will be constantly enchanted by the ever changing scenery of mountains and valleys, lakes and beaches and bays. Read more

An early morning start continue the Connemara tour and to catch the spectacular Cliffs of Moher— which fall 200m steeply into the wild Atlantic ocean. Pass through the Burren - without dispute, one of the most unique - and strangest - landscapes in Europe. The Burren is bounded by the Atlantic on the west and rocked by Galway Bay to the north, it is a multi-layered landscape where rare and delicate plants have adapted in order to thrive and flourish between harsh crevices. The CLIFFS OF MOHER are one of Ireland's premier visitor attractions. The Cliffs stand 214 metres (700 feet) tall at their highest point and range for 8 kilometres over the Atlantic Ocean on the western seaboard of County Clare. From the Cliffs one can see the Aran Islands, Galway Bay, as well as The Twelve Pins, the Maum Turk Mountains in Connemara and Loop Head to the South. There are two paths to take north and south along the cliff edge, providing spectacular views all the way. Construction of an award winning eco-friendly Visitor Centre was completed in 2007. The interpretive centre named 'Atlantic Edge' contains state of the art displays and visitor facilities. The grass-roofed building is cleverly set into the hillside - a unique cave-like structure which minimises the visual impact on this fabulously scenic location. Continue to Kerry. Read more

The Ring of Kerry is one of Ireland’s most scenic touring routes. At 179 km long, it circles the awe-inspiring Iveragh Peninsula. While on the Ring of Kerry tour, you’ll feel as if you have moved into nature’s mystic arena, and truly you have, as you pass between soft mountains, through forest glades, around bogs, rivers, lakes and pristine beaches. The road between the magnificent MacGillycuddy Reeks Mountains presents secret passes and valleys dotted along the fabled shores of Dingle and Kenmare Bays. Ireland’s natural beauty sings throughout the Ring of Kerry tour. You may wish to explore several charming villages along the route, including Glenbeigh, Waterville, and Sneem. Finish the day and the Ring of Kerry tour with a visit to Killarney and MUCKROSS HOUSE, set close to the shores of Muckross Lake & amidst the beautiful scenery of Killarney National Park, was built for Henry Arthur Herbert and his wife, the watercolourist Mary Balfour Herbert. William Burn, the well-known Scottish architect, was the designer. Read more

Today drive from Kerry through West Cork - home to some of the most breathtaking scenery in Ireland, stop by the lovely town of Kinsale, best known for its gourmet restaurants and pubs and marina, known as the gourmet capital of Ireland. Enjoy some time exploring Cork City – the English Market is well worth a visit. Situated in the heart of Cork City, the ENGLISH MARKET is a roofed food market and has been trading since 1788. Developed and still owned by Cork City Council, the Market is one of the oldest municipal markets of it’s kind in the world. The trading stalls are held under 21 year leases from the City Council. The English Market is a great way to interact with the local people of Cork. You'll be sure to be blown away by their charm and lilting-like accent. The highest quality of food is also available and many regard it as the best closed market in both Ireland and the UK. Read more

Today travel back to Dublin through the midlands. The town of Cashel is your next port of call - home to the iconic Rock of Cashel formally known as St. Patrick’s Rock or The Rock of Kings. One of the most visited sites in Ireland; THE ROCK OF CASHEL is a spectacular group of medieval buildings set on a rocky outcrop of limestone, looming above the town.The Rock of Cashel was the seat of the High Kings of Munster, although there is little structural evidence of their time here. Most of the buildings on the current site date from the 12th and 13th centuries when the rock was gifted to the Church. After the visit you’ll be on your way to Kilkenny (the medieval capital of Ireland). Historic buildings lie in wait around every corner and culture thrives through the many artisans’ workshops operating from the city. Kilkenny Design Craft Centre stocks an equally impressive array of Irish handcrafted gifts. You’ll find the centre right beside Kilkenny Castle which has over eighteen centuries worth of history encased in its walls, all of which will be divulged to you over the course of the castle tour. Read more

Morning at leisure to either shop for those souvenirs on Grafton Street or spend a few hours taking in more of all the wealth of attractions that you may have missed earlier. Depart for Dublin Airport. 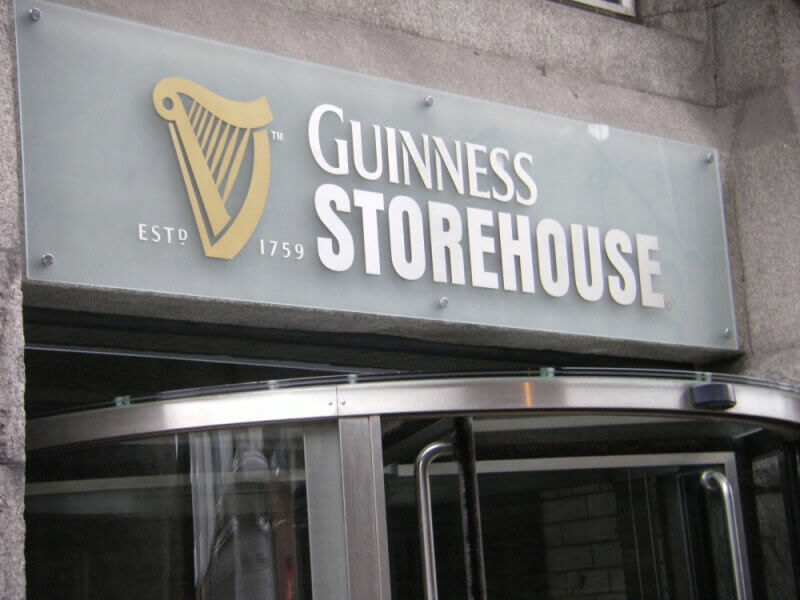 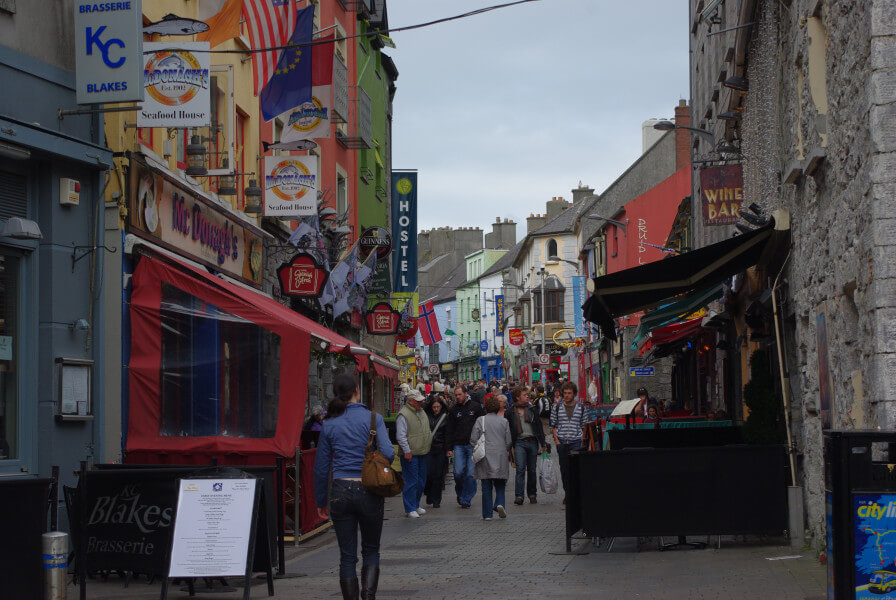 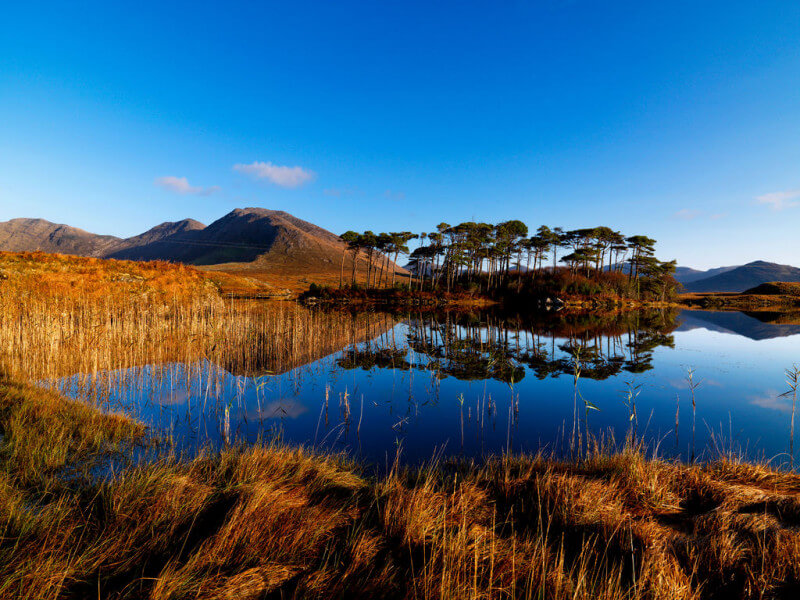 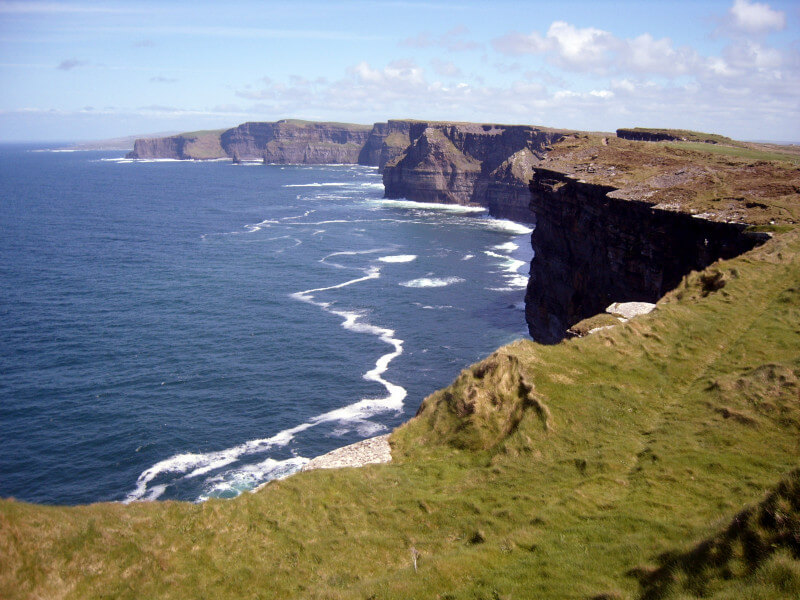 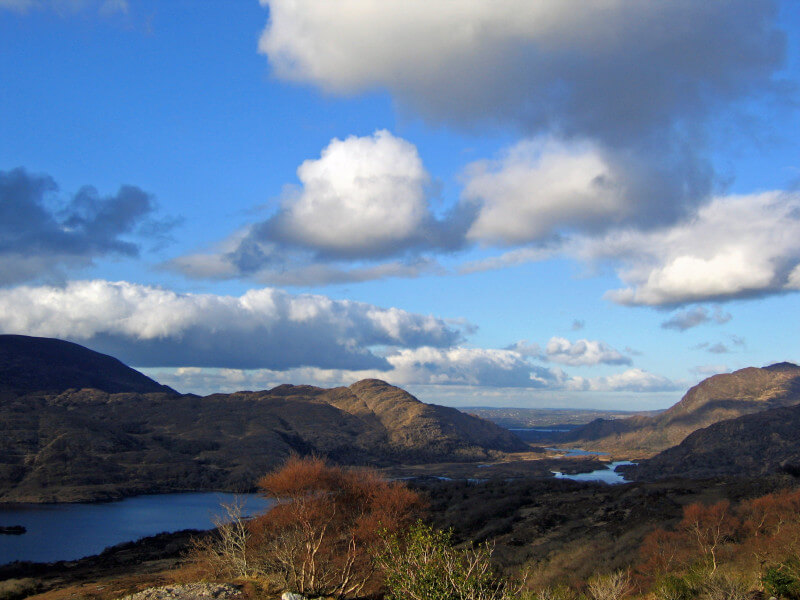 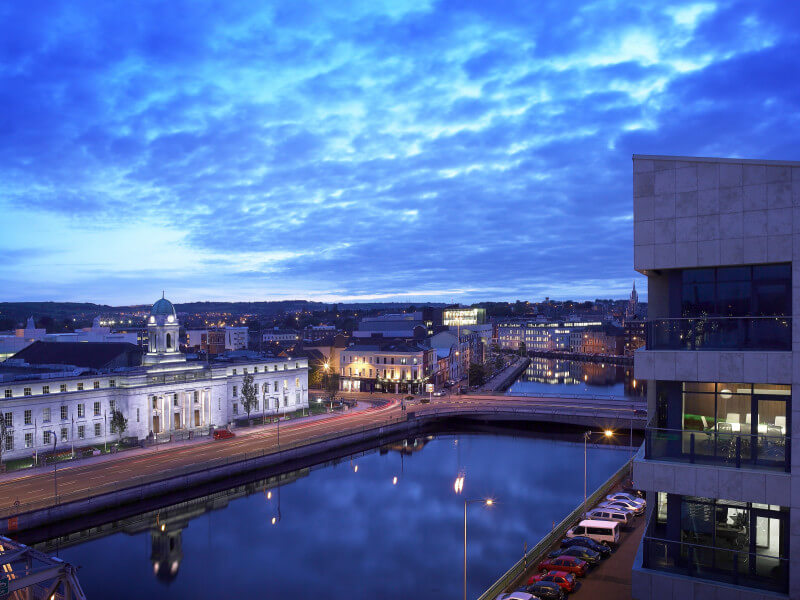 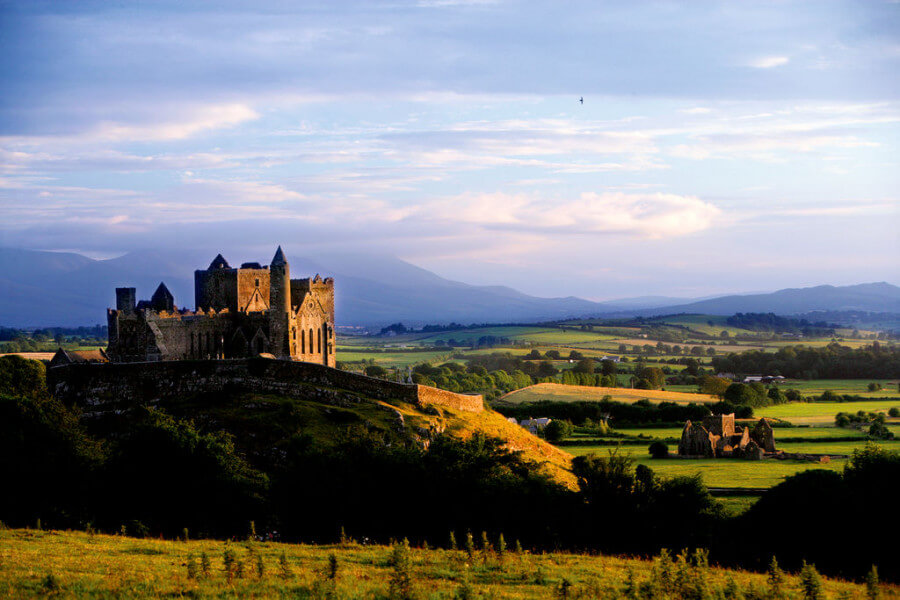 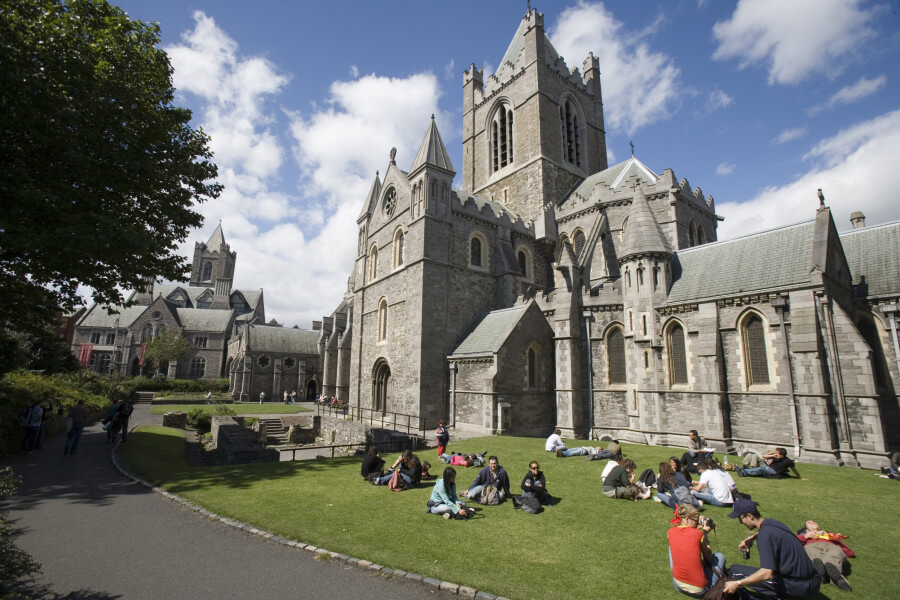 Antoaneta Langan will be happy to be at your disposal at any time to advise, explain or customize the trip plan especially for you.