Sri Lanka is known as pearl of the Indian Ocean.

WE INVITE YOU TO ENJOY, DELIGHT, DIVE IN THE EXOTIC CULTURE AND HISTORY OF SRI LANKA

Experience the highlights of Sri Lankan Culture heritage & An relaxation, we have schedule the itinerary in such a way that travel time is optimized and your requirements are catered to, explore the Experience an adventure in the hills before retreating to the beach for complete relax.

DAY 1 - Arrival / Sigiriya After Arrival You will be meet Elephant Travels representative at the airport with warm Welcome Transfer to Sigiriya Climb the citadel of Sigiriya which was built in 5th century. Sigiriya is treated as one of the most remarkable creations in the world, built by King Kashyapa (477-495 AD). Path through the gardens along Stone stairways come to the Lion Gate. Only the rock carving and the brick structure is evident today of the lion’s mouth through which millions of people have walked to admire the beauty of this magnificent citadel. The landscaped gardens around Sigiriya consist or water gardens, boulder gardens and terraced gardens. The usual approach to the rock is through the western (and most elaborate) gate. Read more

DAY 2- Anuradhapura/ Habarana After breakfast at the hotel You will be proceed to Ancient Kingdom Anuradhapura Anuradhapura is one of the ancient capitals of Sri Lanka, famous for its well-preserved ruins of ancient Sri Lankan civilization. You can visit Dagabas and ancient ruins that emphasize Buddhist culture. The most notable of these dagabas are the Ruvanveli which dates back to the 2nd Century BC and is 3 00ft in diameter, the Jetawanarama is 370ft and the Thuparama which enshrines the collarbone of the Buddha. The city's most renowned relic is the sacred Bo-Tree which is said to have grown from a branch of the tree under which the Buddha gained enlightenment. It was planted 2250 years ago and is the oldest historic tree in the world. Read more

DAY 3 - Kandy /Pinnawala Elephant Orphanage / Tea factory & Tea plantation / waterfalls / Nuwara Eliya Proceed to ancient kingdom Kandy At the spice garden you will be able to discover different spices which Sri Lanka is famous for. These spices are the secrets of Sri Lankan cuisine. They are also used in Ayurveda medicine. Not only the spices, but you will be able to see how some spices are grown and processed. The city's heart is scenic Kandy Lake (Bogambara Lake), popular for strolling. It's famed for its sacred Buddhist sites, including the Temple of the Tooth (Sri Dalada Maligawa) shrine, and for its Esala Perahera annual procession. Visit Temple of Tooth Sri Dalada Maligawa or the Temple of the Sacred Tooth Relic is a Buddhist temple in the city of Kandy, Sri Lanka. It is located in the royal palace complex which houses the relic of the tooth of Buddha. Since ancient times, the relic has played an important role in local politics because it is believed that whoever holds the relic holds the governance of the country. Proceed to Pinnawala Elephant Orphanage Pinnawala Elephant Orphanage is an orphanage, nursery and captive breeding ground for wild Asian elephants located at Pinnawala village. . It is an orphanage, nursery and captive breeding ground for wild Asian elephants. It is known for having the largest herd of captive elephants in the world. You will be able to witness elephants bathing at the river which is very popular among the tourists. proceed to Nuwara Eliya called as Little England. On the way to Nuwara Eliya you can visit the Tea Factory & tea Plantation for experience tea culture in Sri Lanka & Have a brief insight into how the world famous Ceylon Tea is created at a tea factory and plantation site. Read more

DAY 4 – Hortain Plains / Seetha amman Temple/ Ella / Yala Breakfast at the Hotel Transfer to Hortan Plains at 5.30am HORTON PLAINS NATIONAL PARK, Sri Lanka is undoubtedly one of the world's best nature reserves and eco-tourism venues. Spanning approximately 10,000 hectares the park is also home to a wide variety of flora Optional: Proceed to: Seetha Amman Temple The Sita Amman temple dedicated to Sita, the wife of King Rama, situated in Sri Lanka’s mountain city Nuwara Eliya, is supposed to be the only such temple in the world. History has it that this is the place where Sita was held imprisoned by king Ravana, in the story of Ramayana.There is also another temple believed to carry signs of the monkey-god Hanuman’s feet and the place where he rested after the battle rescuing Sita from Ravana. People also believe there is a rock on the opposite bank of the river where Sita sat and meditated. Visitors are eagerly shown the place where Sita bathed, the stone she sat on and where she spent time in prayer. You will be visit to see beautiful water falls. In the afternoon take a tour of the colonial city Nuwara Eliya and Visit Gregory lake for spend your leisure time. You can do cycling & boat ride in there. Dinner and overnight stay at Nuwara Eliya Read more

DAY 5 – Yala / Katharagama temple / Yala Breakfast at the Hotel Proceed to Jeep Safari Yala National Park is the most visited and second largest national park in Sri Lanka. Actually it consists of five blocks, two of which are now open to the public; and also adjoining parks. The blocks have individual names also, like Ruhuna National Park for the (best known) block 1 and Kumana National Park or 'Yala East' for the adjoining area. It is situated in the southeast region of the country. Proceed to Katharagama Kataragama is a pilgrimage town sacred to Buddhist, Hindu, Muslim and indigenous Vedda people of Sri Lanka. People from South India also go there to worship. The town has the Ruhunu Maha Kataragama devalaya, a shrine dedicated to Skanda-Murukan also known as Kataragamadevio. It is believed that King Dutugemunu the warrior king and Sinhala folk hero built a shrine here for the worship of the Kataragama God in the 2nd century BC. Dinner and Overnight Stay in Yala Read more

Yala /Galle fort/ Bentota Breakfast at the Hotel After breakfast you will be proceed to Bentota. Proceed to Galle fort Galle is a major city in Sri Lanka, situated on the southwestern tip of Sri Lanka, 119 km from Colombo. Galle is the administrative capital of Southern Province, Sri Lanka and is the district capital of Galle District. Basking on the southern coast of Sri Lanka in the bay of Galle, the Fort was first built by the Portuguese in 1588 before being extensively fortified by the Dutch in the mid-1600s. Recognized by UNESCO for its cultural heritage value, the Fort was declared a World Heritage Site in 1988 as a unique exposition of "an urban ensemble which illustrates the interaction of European architecture and South Asian traditions from the 16th to the 19th centuries." Dutch Fort: Portuguese built the first fort to withstand attack from the Sri Lankan kingdoms to the north. The Dutch entrance to the fort with it VOC with 1669 carved in the inner archway is still in use. Proceed to Bentota. Afternoon you can spend your leisure in the beach as well as you can do water sports such as wind surfing, jet skiing & snorkeling/scuba diving along the Barberyn reef running very close to the shore. Dinner and overnight Stay in Bentota Read more

DAY 7 –Bentota / Leisre at water activities Breakfast at the Hotel When you visit Bentota, water sports and ocean are the main attractions. If you like surfing, windsurfing, jet skiing, wakeboarding, or banana boat riding, Bentota has them all. With several establishments that facilitate various kinds of water sports in this popular tourist destination, it is not difficult to get yourself in the world of excitement on water. Dinner and Overnight Stay in Bentota Read more

DAY 8 –Bentota / Colombo City tour / Departure Breakfast at the Hotel Do a city tour in Colombo. Colombo, the capital of Sri Lanka, is a bustling city and a hopping-off point for beaches in the island nation's south. It has a long history as a port on ancient east-west trade routes, ruled successively by the Portuguese, Dutch and British. That heritage is reflected in its spicy cuisine as well as its architecture, mixing colonial buildings with high-rises and shopping malls. On completion you will be transfer to Departure Read more

We undertakes personal care of you during the tour

Manger - Handling all the transport & guide

WE INVITE YOU TO ENJOY, DELIGHT, DIVE IN THE EXOTIC CULTURE AND HISTORY OF SRI LANKA 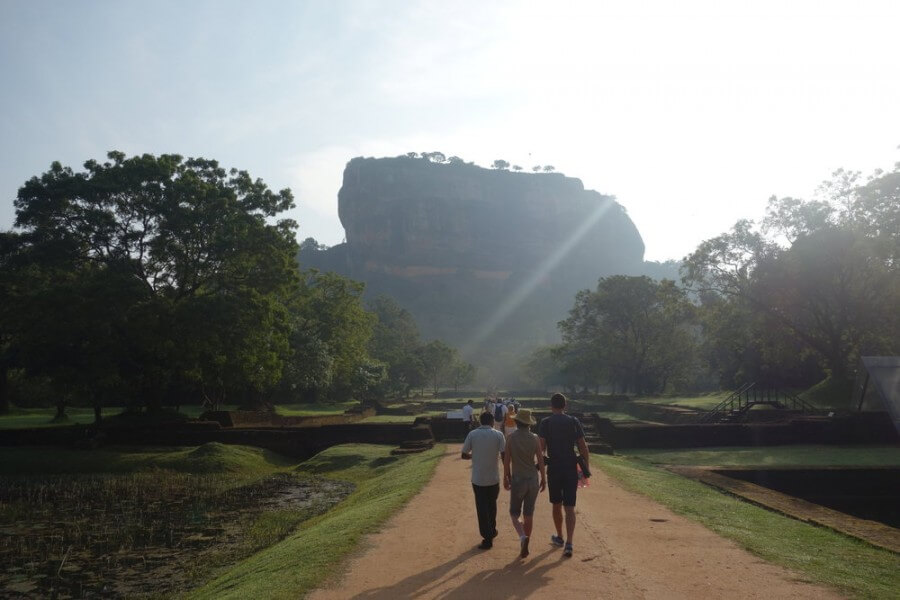 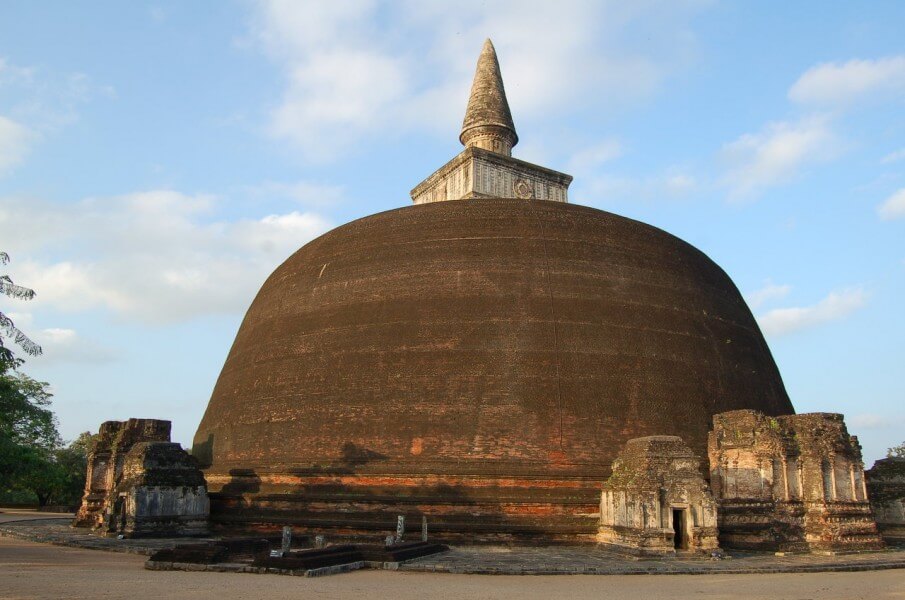 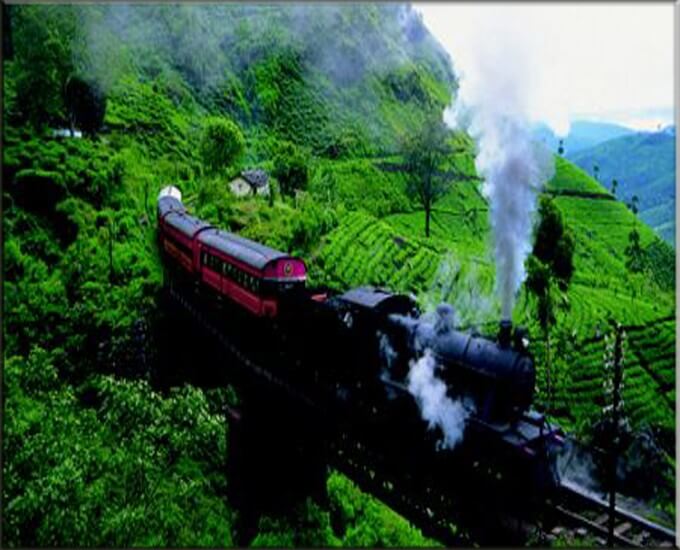 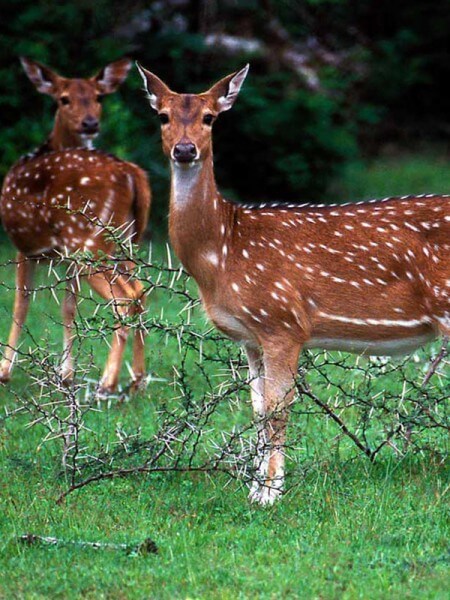 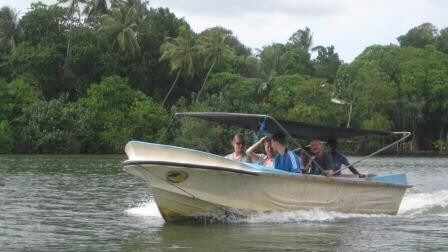 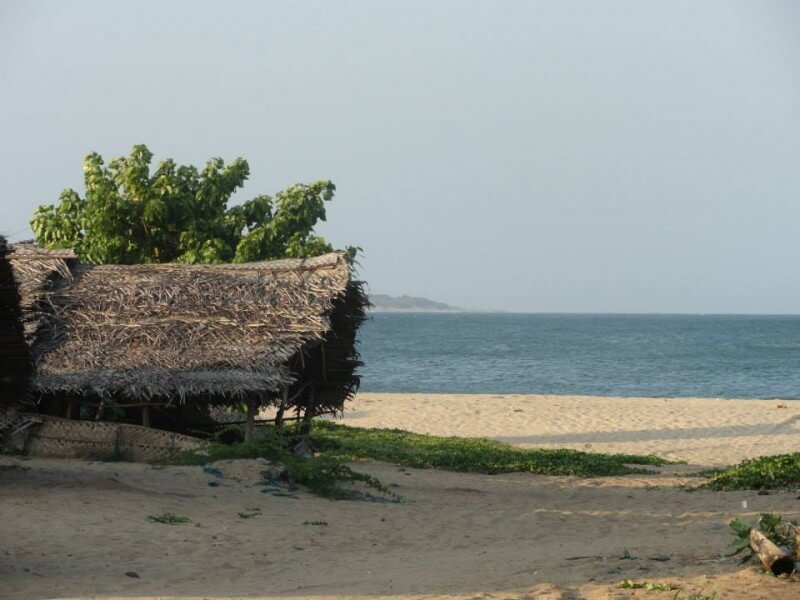 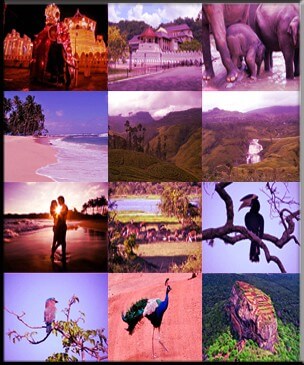 Kuma - 24/7 Available will be happy to be at your disposal at any time to advise, explain or customize the trip plan especially for you.