I only can recommend this agency to organize your trip in India. Everything was perfect, from the driver to the hotels, the guides... really professionals and they took care really well of us. You can trust them

We are listed on world's second largest stock exchange NASDAQ.

Roar of the Indian Tiger gives you just the best of India – in terms of history as well as wildlife. While one part of the trip will acquaint you with the country’s glorious past through its magnificent edifices, the other will give you a glimpse of the majestic predators. Be it the Red Fort in Delhi, City Palace and Amber Fort in Jaipur, Fatehpur Sikri, a Taj Mahal tour or going to visit Agra Fort; every structure epitomizes the gallantry.

You will arrive at New Delhi’s International Airport. Following customs, immigration formalities and baggage collection, a YATRA representative will meet you as you EXIT the ARRIVALS TERMINAL building after which you would be transferred to your hotel (NORMAL CHECK – IN 1200 NOON) Later proceed for Delhi tour of Old & New Delhi. You will first visit Old Delhi. The Delhi tour will begin with a visit to Raj Ghat, a simple memorial to Mahatma Gandhi; drive past the Red Fort continuing to the Jama Masjid one of Asia’s largest mosques the magnificent Red Fort, overlooking the river Jamuna was built during the years 1638 - 48 when the Moghul Empire was at its peak. The Delhi tour continues to Jama Masjid, one of Asia’s largest mosques and which is viewed from the outside. Rickshaw ride at Old Delhi After visiting Old Delhi, you will be driven to New Delhi, which reflects the legacy the British left behind. The division between New and Old Delhi is the division between the capitals of the British and the Mughals respectively. The division in the walled city and New Delhi also marks the division in the life-styles. The walled city is all tradition where one will be able to glean a past life-style in all its facets, colours and spells. New Delhi in contrast, is a city trying to live up to the best of 21st century standards. The tour to Imperial Delhi will include a visit to the Qutub Minar, the tallest stone tower in India. Qutub-ud-din Aibak started it in 1199. Pulling down 27 Hindu and Jain temples and using their columns erected the attached Quwwat-ul-Islam mosque also built by him. The Delhi tour also includes visit to Lotus Temple (Closed on Monday) and a drive past the imposing India Gate, the Parliament building and the Rastrapathi Bhawan, the President’s residence. Overnight stay at hotel and prepare to visit Agra Fort and Taj Mahal the next day. Read more

After the impressive Delhi tour, enjoy the breakfast at hotel and drive to Agra (approx 210 Kms / 05 hrs) to visit Agra Fort and embarking on a Taj Mahal tour. Agra in terms of ambiance is still associated with its Mughal period. The Mughals besides being great rulers were also great builders and they preserved their best architectural wonders for Agra & its neighbourhood. It has many wonderful monuments and the Taj Mahal, the greatest of them all, is a masterpiece of Mughal architecture at its best. The massive but elegant Agra Fort, the delicate artistry of Itimad-ud-daulah’s tomb, the magnificent Taj and Akbar’s deserted capital, Fatehpur Sikri, are each unique and outstanding. Upon arrival in Agra and directly embark on a Taj Mahal tour and then visit Agra Fort. The Taj Mahal tour (Closed on Friday) is everything that has been said about it and more. Taking 22 years and 20,000 men to build, the white marble was quarried 200 miles away and was transported to the site by a fleet of 1000 elephants. Built by the Mughal Emperor Shah Jahan as an expression of his love for his wife Mumtaz Mahal, in mid-17th century, the Taj Mahal is truly one of the wonders of the world. Though the Taj appears to be amazingly perfect from almost any angle, it is the close-up marble inlay work, which is really astounding. You will have ample time to view and be mesmerized by this outstanding piece of architecture. Visit Agra Fort, an outstanding example of Mughal architecture. Agra Fort - the seat and the stronghold of the Mughal Empire under successive generations. This was the seat of Mughal rule and administration and the present structure owes its origins to Akbar who erected the walls and gates and the first buildings on the eastern banks of Yamuna River. Shah Jehan added the impressive quarters and the mosque while Aurangzeb added the outer ramparts. Visit its Hall of Public Audience and its Royal Pavilions. Overnight at hotel Read more

After the impressive Taj Mahal tour and a full visit to Agra Fort, enjoy the breakfast at hotel and then drive to Ranthambore (approx 270 Kms / 07 hrs) en-route visiting Fatehpur Sikri, was built by the Mughal Emperor Akbar in gratitude of Muslim saint Sheikh Salim Chishti. During 1564 A.D. The emperor seeked the blessing of Seikh Salim Chisti for a son. When his son was finally born, he constructed his capital city, an architectural epic in red sandstone. and named it Fatehpur Sikri. The city was later abandoned due to shortage of water and unrest in the north-west. The architectural fusion depicted in the buildings has made it one of the most revered tourist attractions. The beautiful marble tomb of saint still attracts thousands who seek blessings. Continue drive to Ranthambore National Park is an outstanding example of Project Tiger’s efforts at conservation in the country. The forests around the Ranthambore Fort were once, the private grounds of the Maharajas of Jaipur. As a result of the stringent efforts in conservation, tigers, the prime assets of the Park, have become more and more active during the day. More than in any other park or sanctuary in India, tigers are easily spotted here in daylight. It is very easy to chance upon a tiger lolling around lazily in the sun, or feverishly hunting down sambhar around the lakes. Apart from tigers, you will come across a few panthers too. The other permanent residents of the park include marsh crocodiles, hyenas, jungle cats and sloth bears. Sambars are found in abundance all over the area, the prime target of all predators. Chital, nilgai and chinkara are the other inhabitants of the region. The avian population comprises of black storks, quails, Bonelli’s eagles, spur fowls, crested serpent eagles and painted storks. Upon arrival check – in at hotel Dinner & Overnight at hotel Read more

Early in the morning hop on to your canters for game viewing. Morning is the best to spot maximum wild animals. After game viewing return to your hotel for breakfast Lunch at the Hotel Afternoon again Jungle Safari at the National Park Dinner & Overnight at hotel

Breakfast at hotel and later free and after lunch at hotel and drive to Jaipur (approx. 170 Kms / 04 hrs) and upon arrival check in at hotel. Jaipur – The city is located at a distance of around 258 km from Delhi and 232 km from Agra, making it a part of the famed Golden Triangle tourist circuit of North India. Jaipur got its name from its founder Sawai Jai Singh (1693-1743), who had the vision to create a meticulously planned city as his capital. All the houses in the old city are painted pink, including the famous Hawa Mahal, thereby giving the city its alternative name, the Pink City. On arrival proceed for check-in at your hotel. Overnight at hotel Read more

Breakfast at hotel and drive just outside Jaipur to the ancient capital of Amber to see the fabulous Amber Fort. Maharaja Mansingh, Mughal Emperor Akbar’s most successful General, started the construction of Amber Fort in the 17th century. Before the City Palace was constructed in Jaipur, Amber was the seat of power. The fort is surrounded by fortified battlements and overlooks the Moat Lake. An elephant (or Jeep) will spare you the trouble of reaching up to the fortress (Elephant ride is subject to availability) once on top, stroll through the sprawling complex of courtyards and halls. Many of the rooms have delightful wall paintings, with precious stones and mirrors inlaid in the walls. Most fascinating, perhaps, is the Sheesh Mahal (hall of mirrors) where a single lamplight is reflected in the many mirrors, lighting up the room. While driving back to your hotel you will stop and see the `Palace of Winds’, otherwise known as Hawa Mahal. It is really an elaborate facade behind which the ladies of the court used to watch the daily goings on in the street below. It is extremely intricate in its pink sandstone carving. The cool wind blows through its facade of windows and latticed screens through which the queens of the court once viewed the streets of the city. Afternoon you will visit the city of Jaipur. Among the highlights to be seen while touring Jaipur include the City Palace, which is an overwhelming complex of exquisite palaces, gardens and courtyards, decorative art and carved doorways. The palace museum houses collections of rare manuscripts, armoury, costumes, carpets and miniature paintings. Walk to the adjacent Jantar Mantar or Astronomical Observatory made by the Maharaja of Jaipur, built in 1726 and is one of the five such astronomical wonders built by Sawai Jai Singh and makes accurate predictions even to this day. Overnight stay at the hotel Read more

I only can recommend this agency to organize your trip in India. Everything was perfect, from the driver to the hotels, the guides... really professionals and they took care really well of us. You can trust them

We are listed on world's second largest stock exchange NASDAQ. 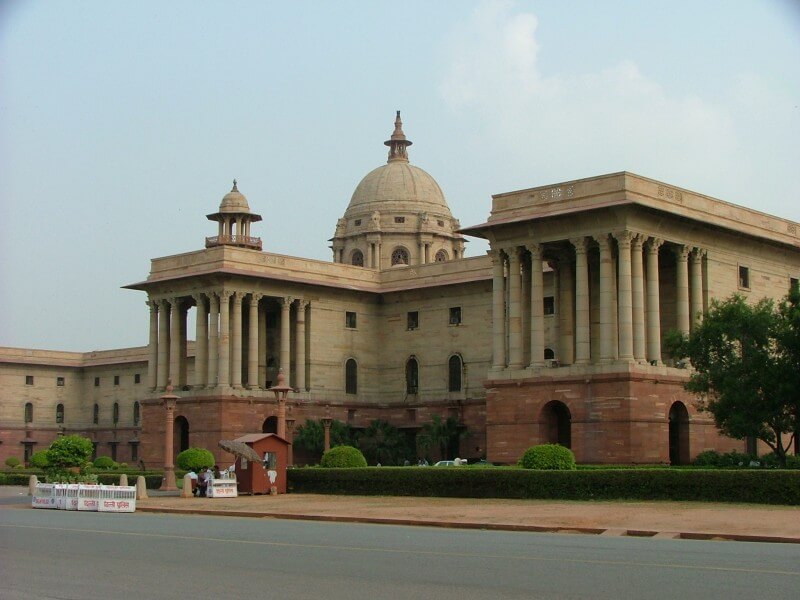 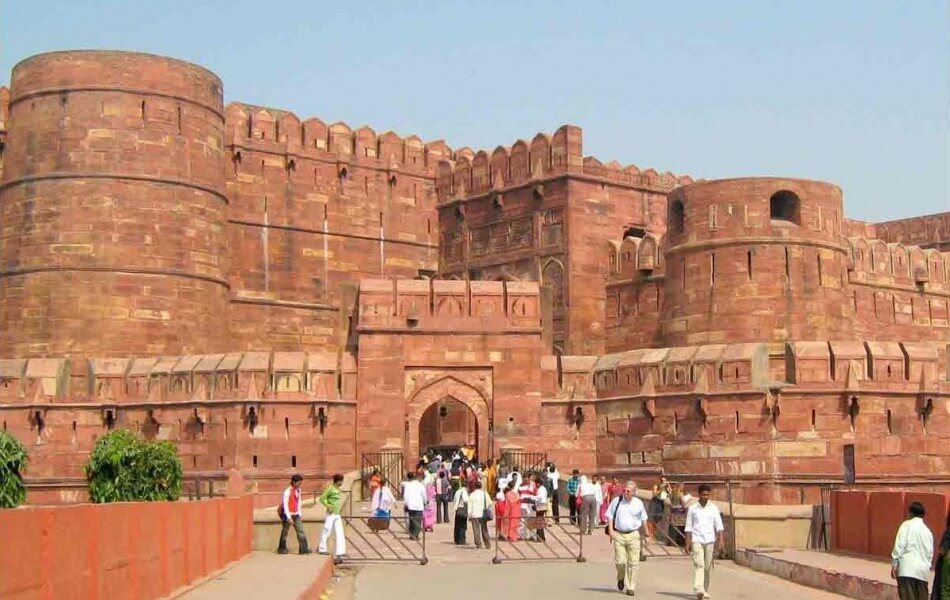 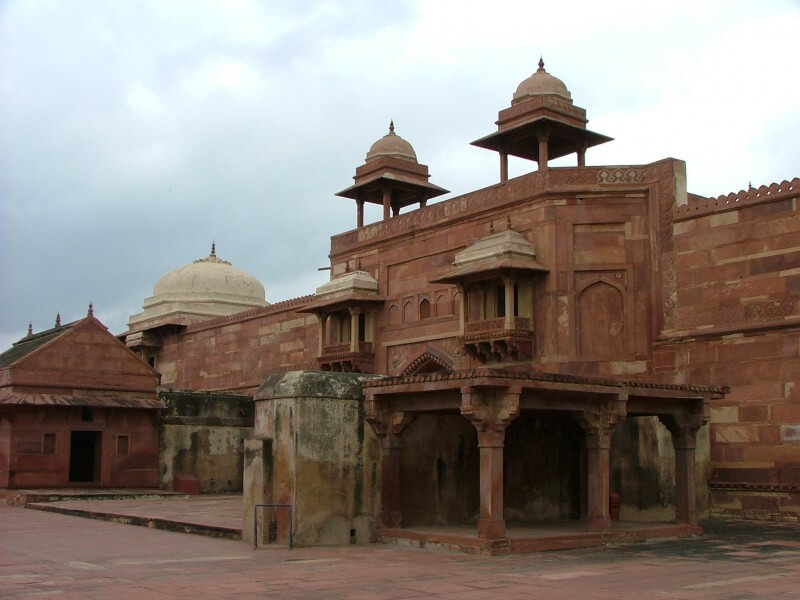 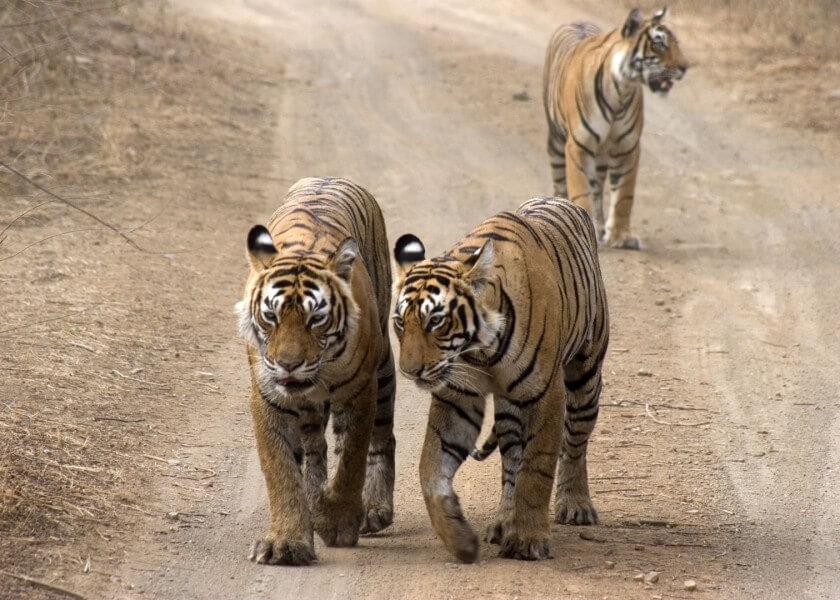 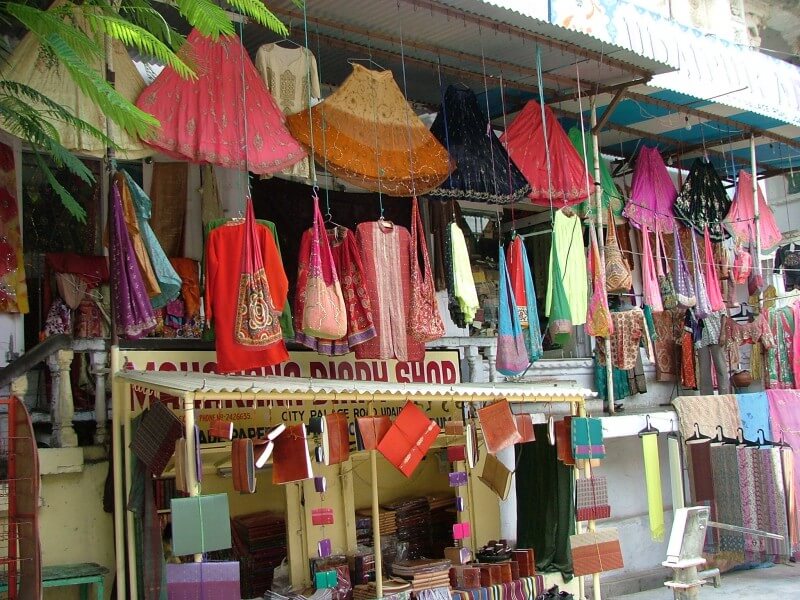 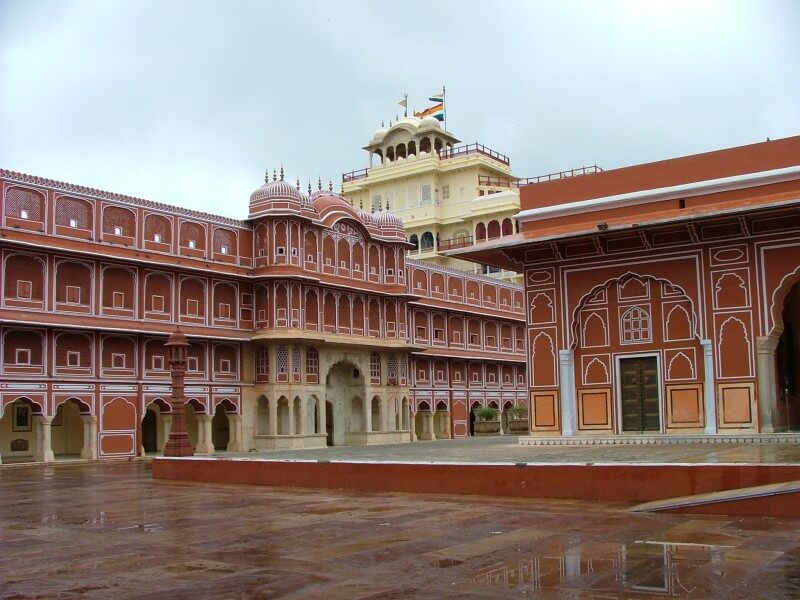 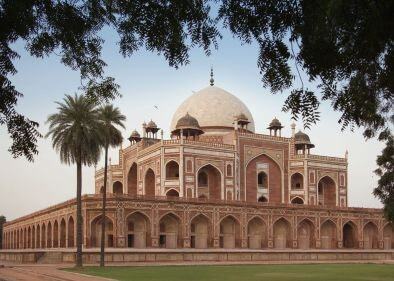 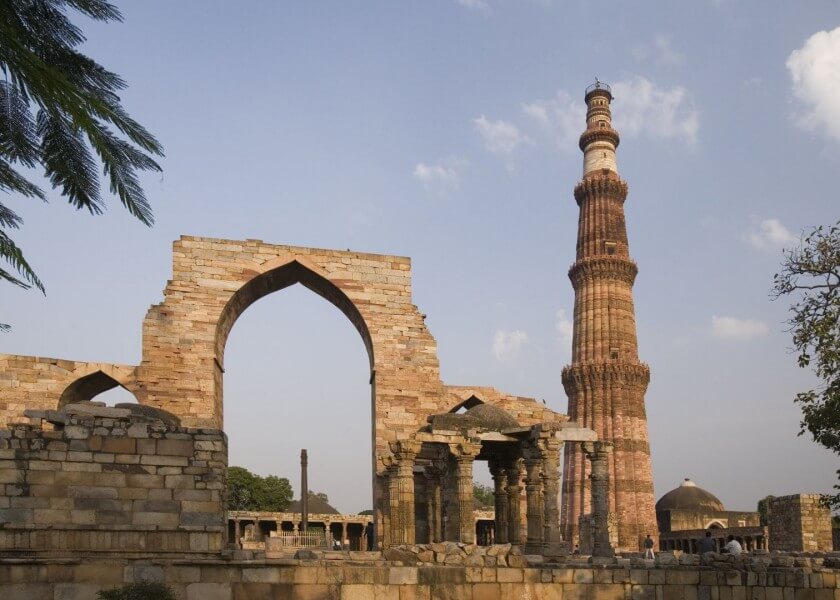 Gaurav Bisht will be happy to be at your disposal at any time to advise, explain or customize the trip plan especially for you.