Experience the wonderful Ireland to Island!

Get more from your small group tour with the Ireland to Island experience. Featuring Ireland and two of its most famous islands this tour never disappoints. Visit the UNESCO World Heritage site and Puffin sanctuary, Skellig Michael, delve into Ireland’s past by visiting the Rock of Cashel steeped in 1000 years of history and explore the beautiful seaside village of Cobh, the final port of the marvellous Titanic. Explore Killarney National Park and vis

We leave Dublin and head south, arriving at Cobh harbour in County Cork, the place of 3 million goodbyes as famine and poverty forced people aboard ships bound for a better life. It’s also where the Titanic last stopped, before embarking on her ill-fated voyage. Is it a Chapel? Is it a Palace? Is it a Cathedral? The 1000 year old Rock of Cashel is all three and it’s an open-mouthed moment. We’ll travel forward to the 17th century and the home of the Midleton Distillery, now a modern complex and the largest whiskey producer in Ireland. From Jameson to Powers and Tullamore Dew to a Middleton Rare, get to taste, mull and learn about our uisce beatha (water of life). It’s back to the twinkly lights of colourful Cobh and over a pint of the blackstuff, (Murphy’s, not Guinness in these parts) in Mansworth’s, you’ll hear backstories about how this pub was the last port of call for the misty-eyed emigrants, waiting for their ships to come in. The harbour beckons and perhaps a trip to the Quay’s Bar & Restaurant, famous for its private marina and slow roasted scallops. Total driving time: 3 hours Excluding stops Read more

It’s off for a spot of kissing next and to the famous Blarney Stone. Legend has it that whoever kisses it, gets the gift of the gab; your bus buddies will be sure to tell you if it works! After a stop in Kenmare with its quirky teashops and craft galleries, we’ll take on The Ring of Kerry; a senic drive of mystical and magical landscape where goats are crowned Kings (Puck Fair). Have your phones fully charged for photos of Moll’s Gap, Torc waterfall and Killarney National Park. It’s over to the dark side next and to Portmagee, where we’ll stay tonight in preparation for some Jedi spotting. The village is named after one of the most notorious smugglers of the 18th Century, Captain Theobald Magee who used the many coves and caves to transport and hide his contraband of spirits, tobacco, textiles and tea. Total driving time: 3 hours, 15 minutes Excluding stops Read more

Long ago, before the Jedis came from a galaxy, far, far away, monks from the 6th century, would climb the 599 steps carved out of the prismatic Skellig Michael, to fast and pray in its intricate, stone beehive cells. Named after the archangel Michael, while the word "Skellig" is derived from the Gaelic sceilig, meaning a splinter of stone, it is home to the oldest preserved monastery in Europe and a variety of gannets, puffins, razorbills and grey seals. In Star Wars lore, it is the island sanctuary where Luke Skywalker trains Rey in the ways of The Force. After working up a thirst in this otherworldly place, you might want to turn to the dark side yourself and chase down a few pints of the blackstuff in Murphy’s or JM Reidy’s in Killarney. Driving Time: 1 hour 30 minutes Excluding stops Read more

On the hunt for glacier shaped lakes, mystical waterfalls and red deer, we’ll gear up for a two hour cycle around Killarney National Park with stop offs at the 18th Century Victorian, Muckross House and the epic Torc waterfall. It’s off to Inch Beach now, where golden sand stretches for miles and Ryan’s daughter met a smitten Robert Mitchum. The Dingle peninsula will take our afternoon and Slea Head will take us through Irish-speaking villages and famous Hollywood film locations before we arrive at the famous sheepdog trials. Watch a local sheep-farmer skilfully working his sheepdogs in gathering and controlling sheep in a skill that has been handed down through generations. The evening belongs to Dingle and how about a trip to hardware store, Foxy John’s? Don’t be alarmed, the only DIY you’ll be doing is ordering a drink from its fully stocked bar. And did we tell you about the Leather Shop, Dick Mac’s? It comes with a pub, a gang of lively locals and very skilled bartenders. Total driving time: 3 hours Excluding stops Read more

It’s ‘bye, bye’ Dingle on the way to the historic Burren. Crossing the Shannon, we’ll head to the edge of the world and to The Cliffs of Moher, 14 km of dramatic coastline standing 300 metres above the churning Atlantic. We’ll take on a two and a half hour of the Cliffs, veering off the traditional tourist trails to find secret passages and fissures and unrivalled photo opportunities as the Atlantic roars from below. Voted a Unesco Geopark site, standing at the ledge, you’ll feel like you’re at the very edge of the world. As evening draws in, we’ll spend it in Doolin, The home of Irish music and between the music and the foot-tapping, the black-stuff and the company, ‘the craic will be ninety’! Total driving time: 3 hours 15 minutes Excluding stops Read more

After the ‘Full Irish’, (cooked breakfast) it’s off to catch the ferry from Doolin to Inis Mor (literally ‘big island’), the largest of the Aran Islands to gear up for an exhilarating cycle. Or "Tog go bog é" (take it easy) and avail of Jaunting carts and buses on the island. Biking the entire coastline, we’ll stop by Dún Aonghasa, a prehistoric hill fort which dominates the edge of a vertical cliff, 300 ft above the choppy waters of the Atlantic; the seven churches at Na Seacht dTeampaill, dedicated to Saint Brecan, and was at one time one of the biggest monastic foundations and destinations for pilgrims. Returning by ferry to Rossaveal Pier, it’s onto Cilfden, ‘the Capital of Connemara’ and time to relax, as you’re officially on West of Ireland time. Now it’s time for Dooncastle oysters or a whole Cleggan crab, washed down with pints of the Blackstuff. Cock an ear and listen out for ‘the session’, (traditional music) coming out of the many pubs and settle yourself in for the night. Total driving time: 45 minutes Excluding stops Read more

Connemara National Park beckons and a short hike up the wood and cut stone path of Diamond Hill. Rising gently over the village of Letterfrack, you’ll be rewarded with views of jewels such as The Twelve Pins and the Maum Turks. Then we’re off to Galway, the City of the Tribes and the home of the Claddagh Ring for a guided tour and to chase down an afternoon of ceol agus craic, (music and fun), street performers, artists, buskers and the last of the Bohemians. Goodbyes will have to be said but it’s slán go fóill, (see you soon), from all of us at Overland Ireland Tours. Our guides will send you back to The Capital, they’ll give you tips and recommendations if you plan to stay on in Dublin. Transport back to Dublin will be provided by GoBus, which is a direct bus from Galway to Dublin city or Dublin airport. Read more 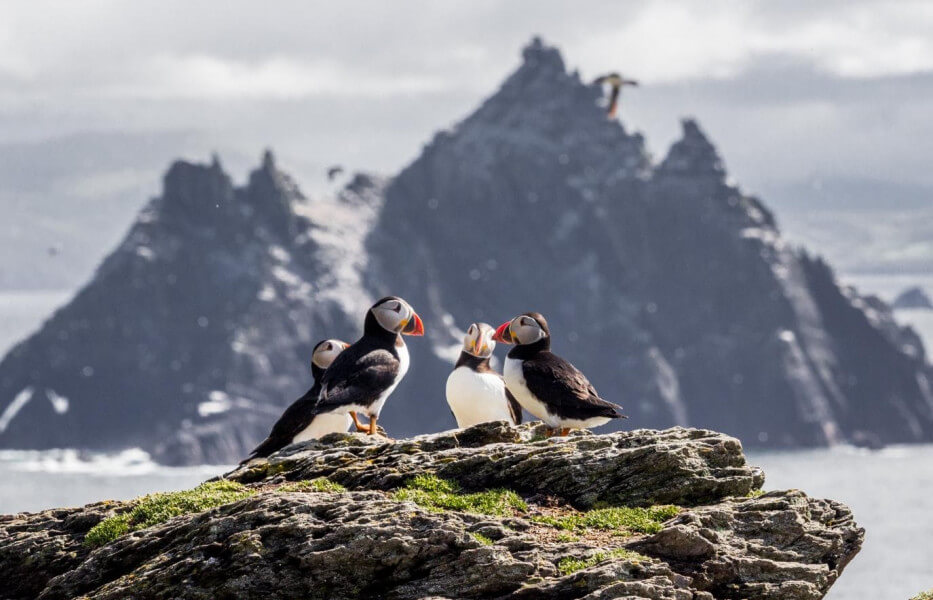 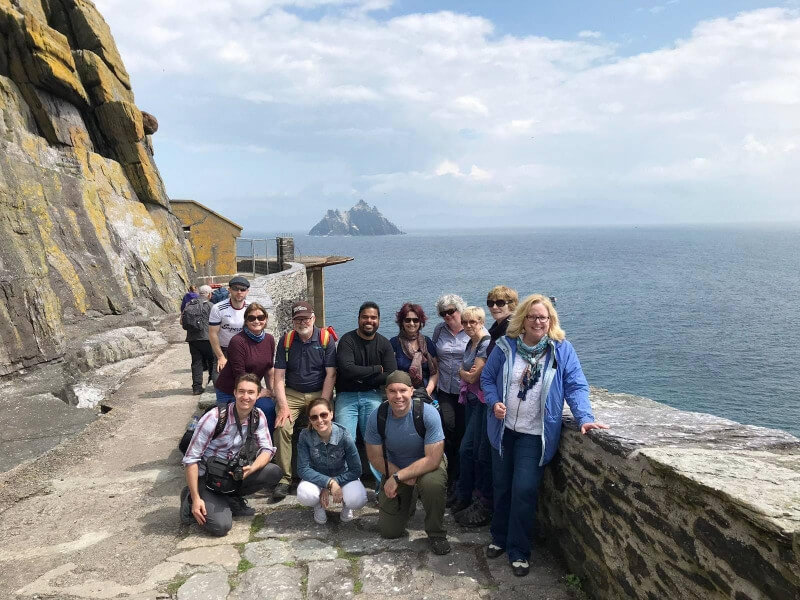 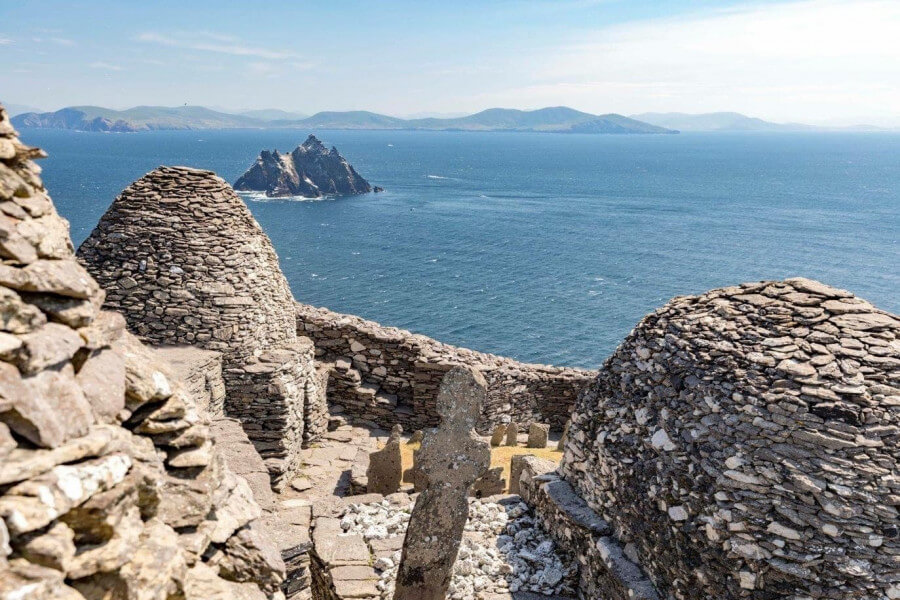 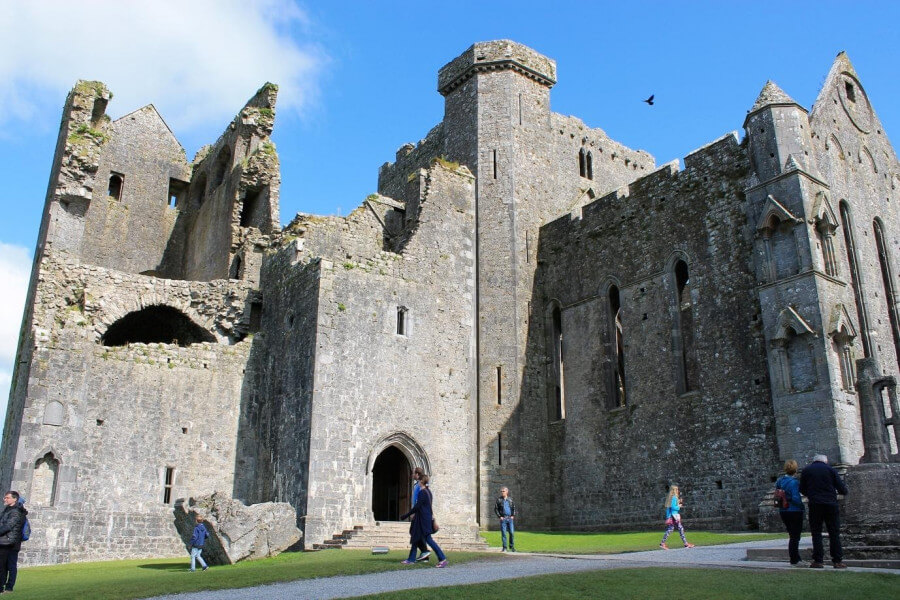 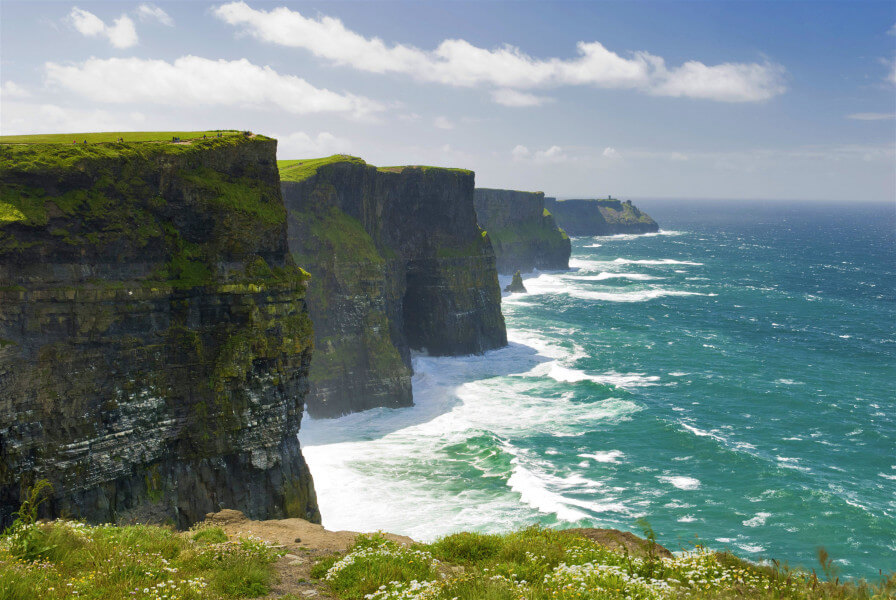 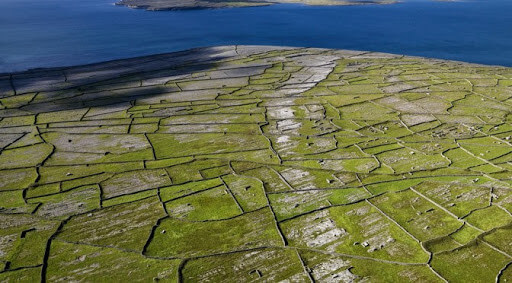 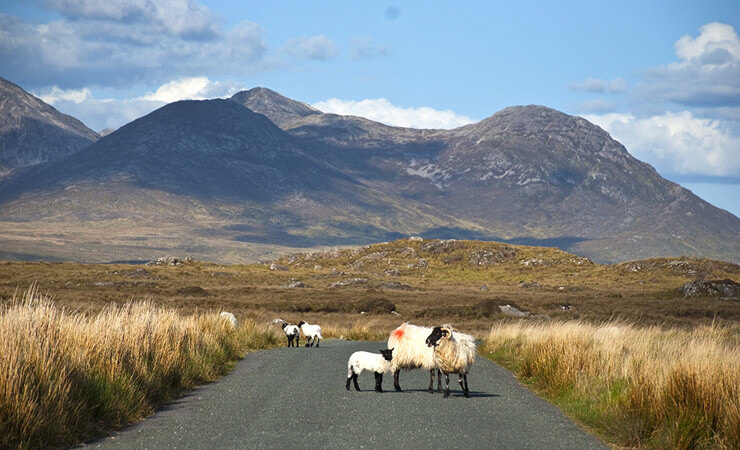 Ireland at a Glance

Reinier will be happy to be at your disposal at any time to advise, explain or customize the trip plan especially for you.