A combination of North Tour and Cruise at Nosy Be

We were in Nord Madagascar last year for honeymoon, it was an amazing journey. Everything was perfect, from guides (very pleasant and italian spoken very very well) to tours, to hotel and restaurants. We did a lot of very interesting visits: red and grey tsingy, spices fields, forests, wonderful...

Since 2007 we refer to our experience and know-how to offer you the best of Madagascar.

Discover must-see sites around Diego Suarez then end your stay with a 4 days Nosy Be cruise by catamaran to enjoy fabulous spots surrounding the island!

Welcome to Nosy Be airport. Briefing and transfer to the hotel. Sea stay and prepare for the Ankarana Park Excursion the next day.

Meeting at the reception of your hotel in Nosy Be. Briefing and transfer to Hellville harbor. Boarding on a private speedboat at Hellville port for a tranfer to Ankify, to begin your Nosy Be cruise. Transfer from Ankify to Mahamasina 140 Km of asphalted road (rough in some areas) Embark on the Ankarana Park Excursion. The massif of Ankarana is known for its attractive limestone peaks locally called “Tsingy”, that extend over 20km on the west coast. Ankarana is refuge of 13 species of bats, 10 species of Lemurs and 92 species of birds. Some endemic fauna species can be discovered in this reserve, like the « Fosa », the unique lemurs predator. This animal belongs to the family of Felidae. Ankarana preserves a dense, tropical deciduous forest, spiny forests, baobabs, tall trees. While on your Ankarana Park Excursion, the path changes according to the weather and your physical conditions, from 2.5 to 4 hours visit with several circuits that you can choose in agreement with your guide : La Perte de rivière, the Turret of Tsingy, Tsingy Rary, the suspended bridge and the bats’ cave. Lunch in a local restaurant at Mahamasina. Transfer to Anjahakely (20 km of secondary road to the villagge of Marotaolana, Anivorano Nord which is about 1h of track by 4x4 to the villagge of Anjahakely) Dinner and overnight at the hotel and prepare for the Andrafiamena massif trip the following day. N.B: the visit of the suspended bridge and bats’ cave is possible only for tours that plan overnight at Ankarana or Black Lemur Camp. Read more 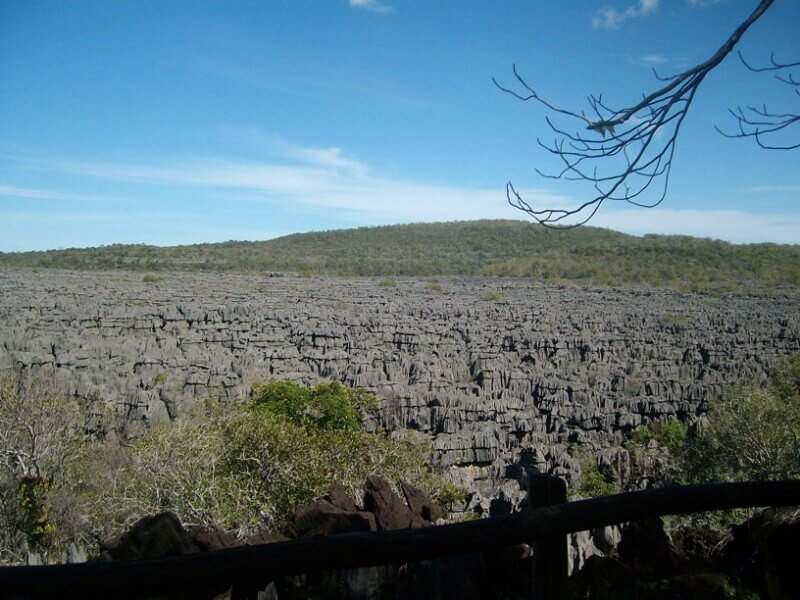 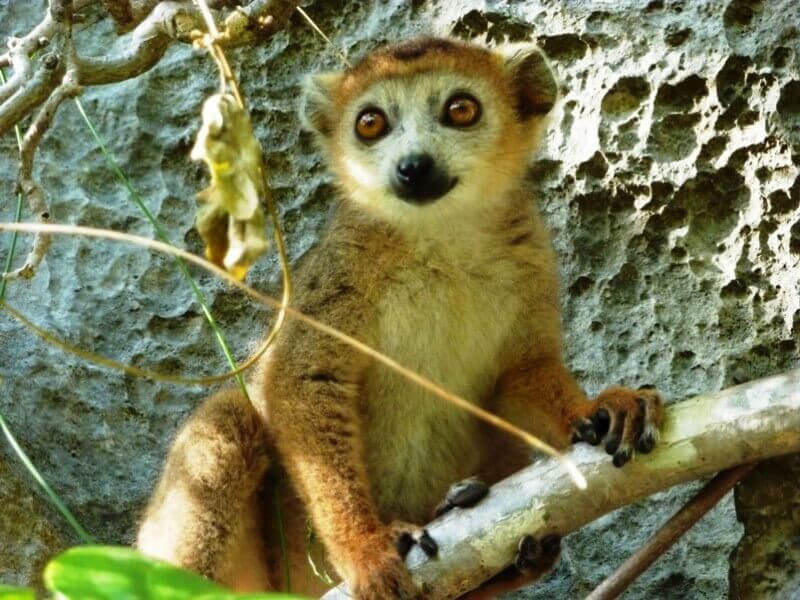 Perrier's Black Prophetic Circuit: 2h30 Andrafiamena massif trip. This circuit allows visitors to meet groups of Propithecus perrieri, Eulemeur coronatus, Eulemur sanfordi, Lepilemur septentriolanis, various birds and snakes, without forgetting the unique flora of this area. An easy circuit that runs along the mountain. OR Natural swimming pool Circuit 5 hours of walking tour This is a variant of the Black Prophetic circuit through sections of tropical forest and dry forest, immersed in a relaxing place in close contact with nature. We will reach a waterfall that forms a magnificent natural pool. A place of relaxation and picnic, refresh and bathing. It is a medium circuit in terms of difficulty, it runs along the stream of Ampantsona but with some steep slopes. Picnic lunch. Read more

Transfer to Nosy Be

After the Andrafiamena massif trip adventure, transfer from Anjahakely to Ankify to continue your Nosy Be cruise (about 205 km, around 6 hours drive). Boarding on a private speedboat at Ankify for a transfer to Hellville port. Take over at Hellville harbor and transfer to your hotel in Nosy Be. Sea stay. Read more

Meeting at the reception of your hotel in Nosy Be. Briefing and transfer to Port of Cratere. We leave Nosy Be in the morning and reach the Big Mitsio Island after 7 hours of navigation. During the trip :trolling We arrive mid-afternoon at the impressive bronze-coloured volcanic ‘organ pipes', sail east and and anchor at Marimbe, the only protected anchoring of the island. Walk on the island. Dinner and night on board. Read more 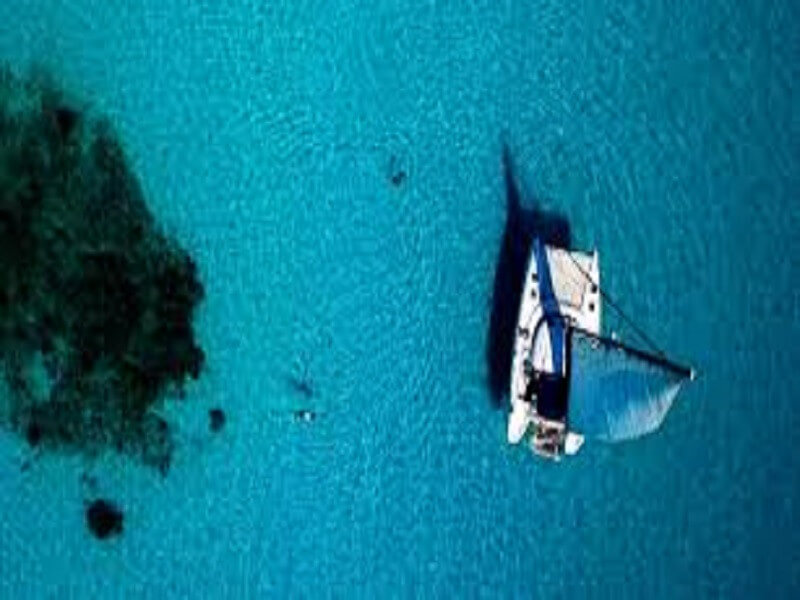 5 miles of navigation to Ankarea, a lovely high basalt-island with white beaches. You will enjoy snorkelling in its coral garden abounding in colourful tropical fish. Return to Marimbe, where we spend the night Dinner on the beach: A young, tender goat barbecued by the villagers on request. Night on board. Read more

Early start for Tsarabanjina island (4h of navigation). A true paradise with its lush vegetation, beautiful white beaches and crystal-clear water, where you will enjoy a swim. Visit of the tombs of Sakalavakings . Subject to meteorological conditions night in Tsarabanjina or nocturnal navigation to Sakatia (about 6h). Dinner and night on board. Read more

Visit of Sakatia, its calm beaches, village, vegetation and orchids. Snorkelling and swimming. The Talio (a west-wind) will take us back to Nosy Be, where we arrive at about 5pm. Lunch. Take over at the port of Cratere and transfer to your hotel in Nosy Be. Sea stay.

Meeting at the reception of the hotel in Nosy be and transfer to the airport according to flight schedule.

We were in Nord Madagascar last year for honeymoon, it was an amazing journey. Everything was perfect, from guides (very pleasant and italian spoken very very well) to tours, to hotel and restaurants. We did a lot of very interesting visits: red and grey tsingy, spices fields, forests, wonderful beaches, quad tour....I can suggest Madaways to everyone! Read more 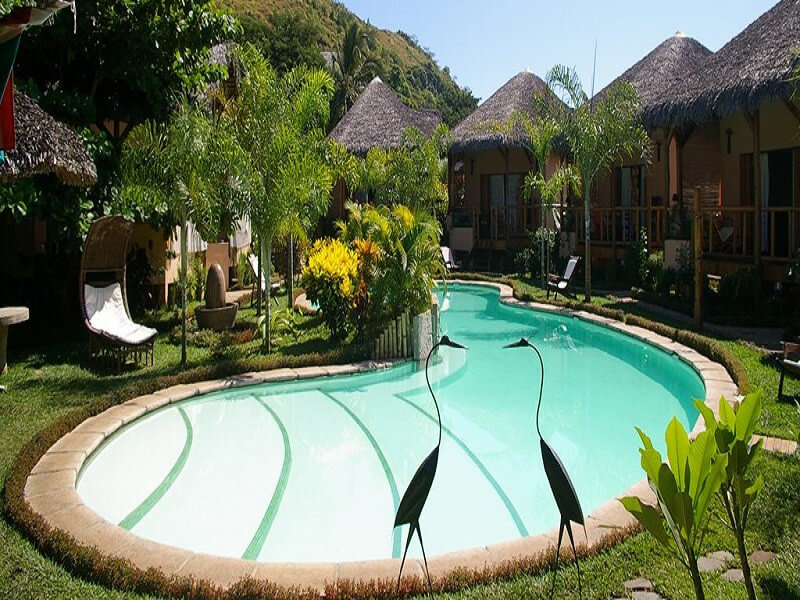 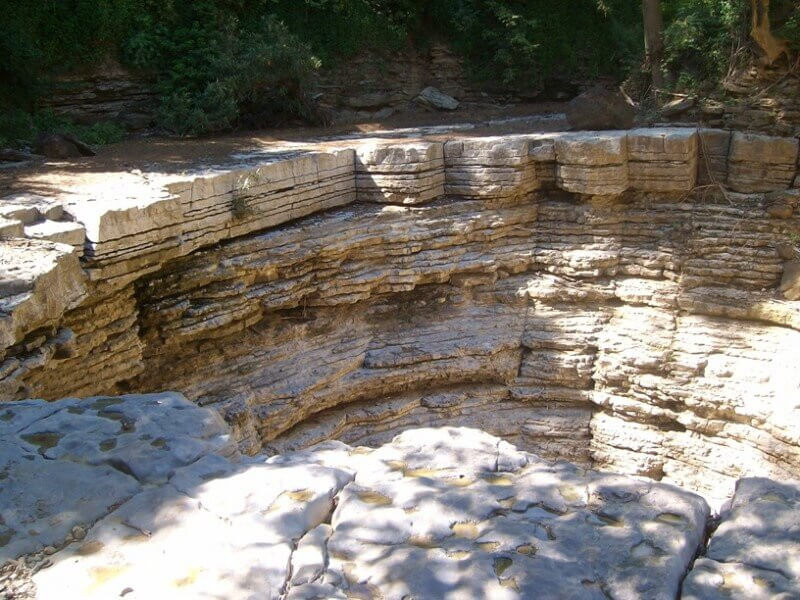 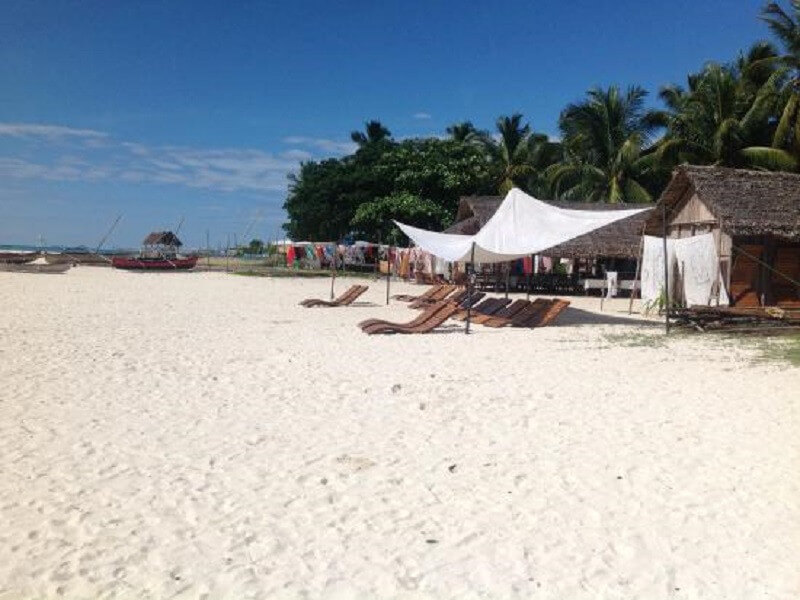 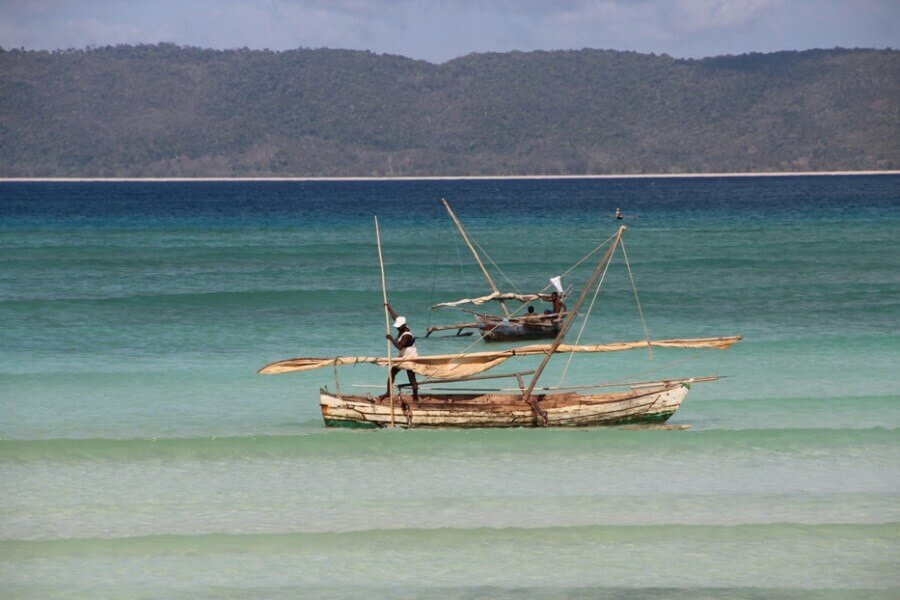 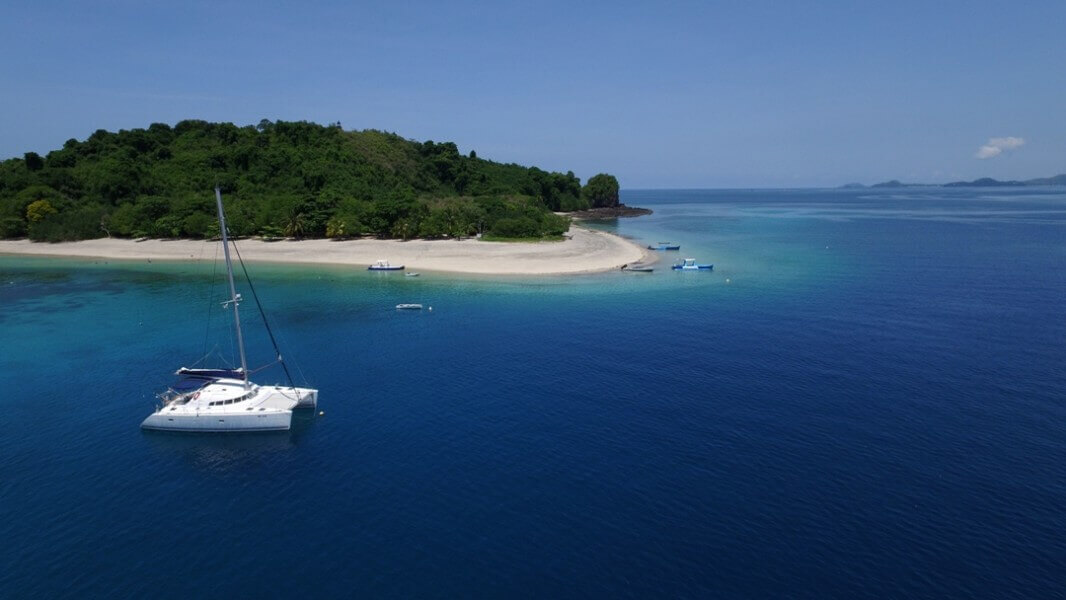 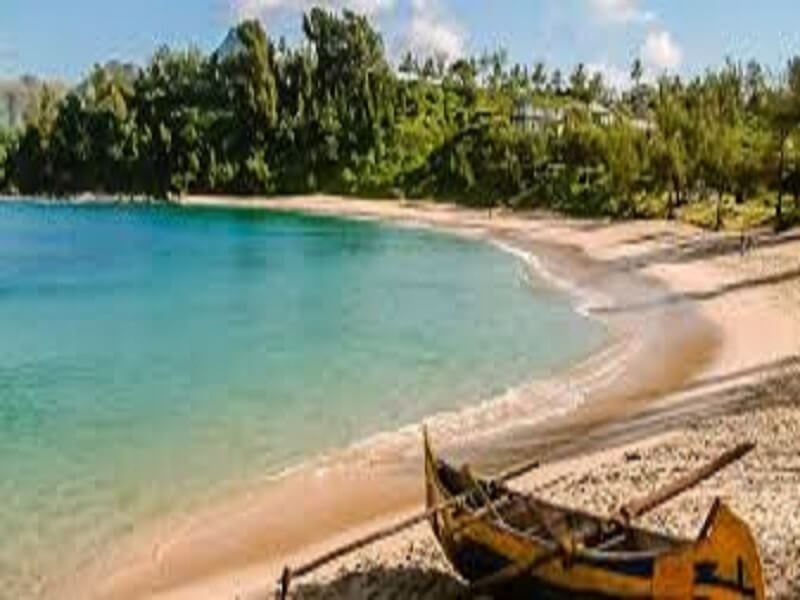 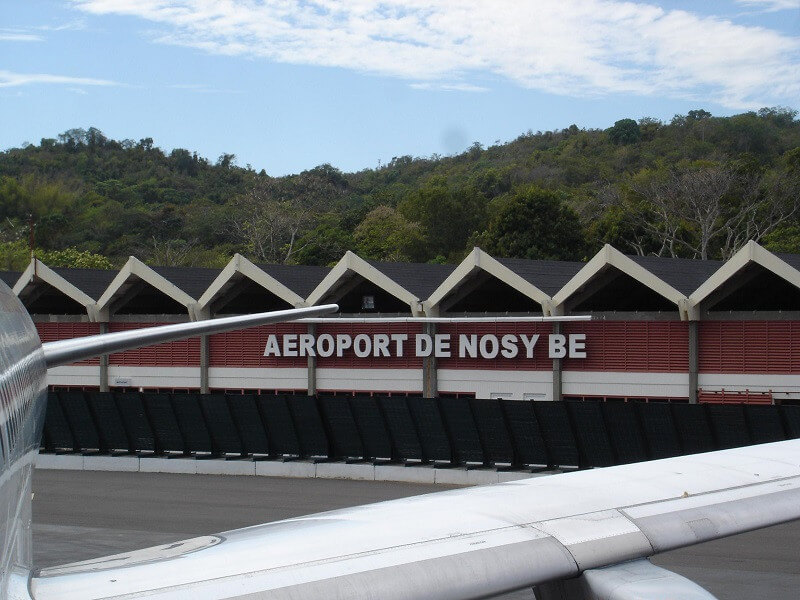 HIGHLANDS and THE FOREST CORRIDOR

Njato RAZAFINJATO will be happy to be at your disposal at any time to advise, explain or customize the trip plan especially for you.